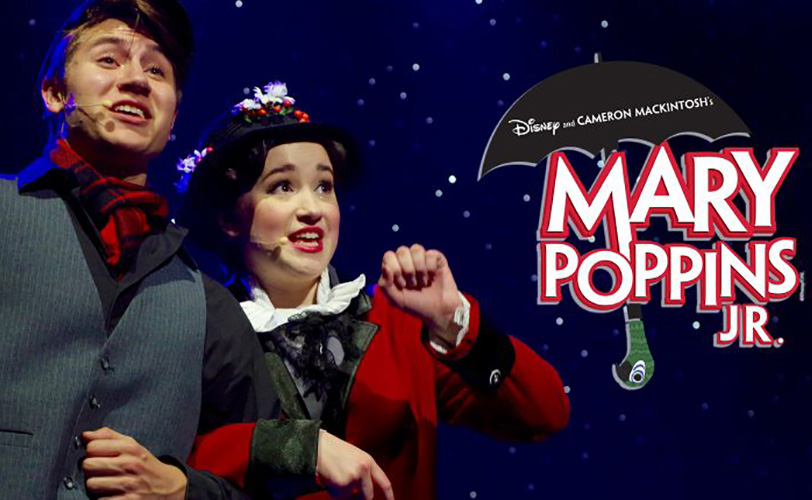 Brampton Music Theatre is back again with another Junior Production — this time with a favourite holiday classic, Mary Poppins.

BMT’s Supercalifragilisticexpialidocious show is based on the award-winning Broadway musical and the 1964 classic Walt Disney film. The show will feature songs and inspired dance numbers from the Tony award-winning show as well as the film.

The show introduces the audience to England in 1910 and the troubled Banks family. Children Michael and Jane have already driven a number of their nannies away when Mary Poppins shows up at their door.

Using magic, common sense and her signature charm, Mary Poppins takes the children on many memorable adventures, bringing the estranged family closer together.

“It is amazing to see such mature talent from the kids in the production and quite gratifying assisting them in becoming the best possible performers they can be. They have truly risen to the occasion on putting together such a visually stimulating and iconic show that is demanding in every way possible. We all can’t wait to share the magic with everyone,” says Director Regan Turner, 19.

BMT’s Youth Troupe produces a number of productions throughout the year, Mary Poppins is their last for 2018. Through dance, drama and music, the Youth Troupe gives young people the opportunity to work on their performance skills, learn self-confidence, public speaking, and other transferable skills they can use in other areas of life.

Taking to the stage will be Amy Archibald as Mary Poppins, Joema Frith as Bert, Layla Aguire as Jane Banks and Callum Roberts as Michael Banks. Sophia Duarte will act as Miss Andrews, Crea Wilkins as Mrs. Banks, and Jehmal Cornelius will play Mr. Banks.

Mary Poppins Jr. plays at Lester B. Pearson Theatre on December 7 and 8. Tickets are available here.