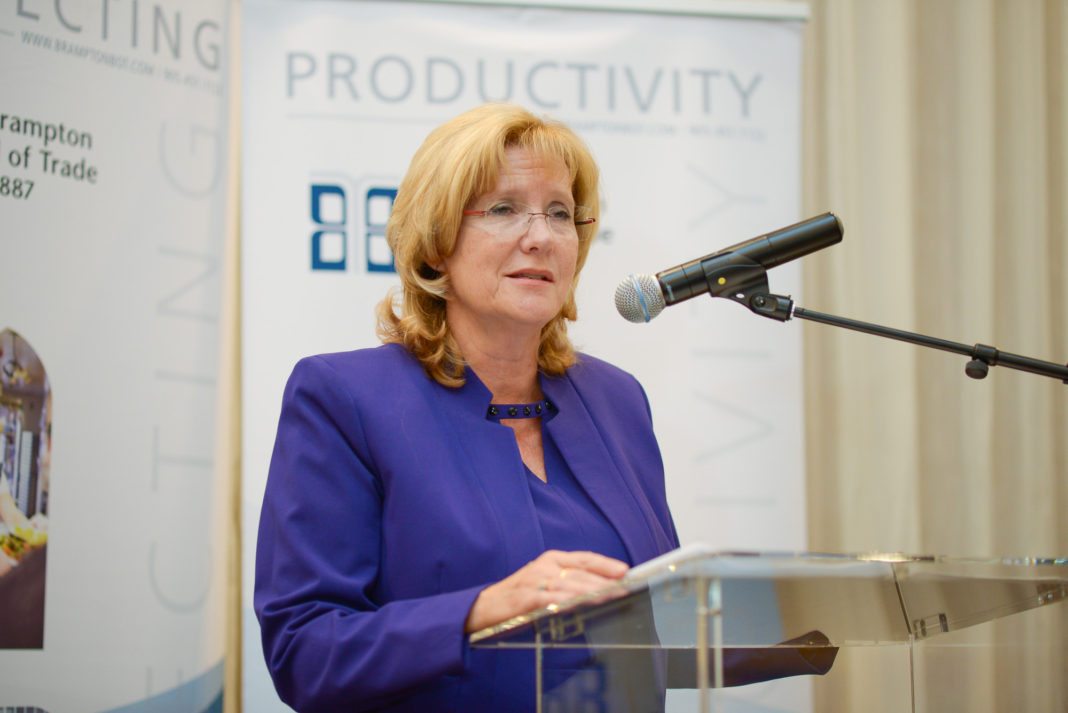 Now that the provincial election is behind us, the Brampton municipal elections can finally start picking up steam. When the city clerk’s office opened candidate nominations for the October municipal election, current mayor Linda Jeffrey was one of the first to file her forms, seeking re-election as the mayor of Brampton.

When Jeffrey was elected to the office of mayor in 2014, it marked her return to municipal politics after serving as a Liberal MPP for 11 years in the ridings of Brampton Centre and Brampton-Springdale. She served as the Minister of Natural Resources, Minister of Labour, and Minister of Municipal Affairs and housing under the premierships of Dalton McGuinty and Kathleen Wynne.

Previously, she was the councillor for Ward 2 (not the same ward as the current Ward 2, as the ward system was reorganized in the early 2000s) from 1991 to when she was elected as an MPP.

So far, only lawyer Wesley Jackson and chiropodist Omar Mansoury have filed to run for the mayor seat against Jeffrey.

Pat Fortini, currently a City Councilor in Wards 7 & 8, is running in Miles’ old seat at the regional level. Gurpreet Dhillon is doing the same, running for the regional seat in Wards 9 & 10.

Councillor Jeff Bowman (City, Wards 3 & 4) is running for reelection in his current seat.

It’s currently unknown whether John Sprovieri (Regional, Wars 9 & 10) will seek re-election. Sprovieri has suggested that he and Dhillon agreed to swap roles, meaning that he may, in fact, be running for the city race.