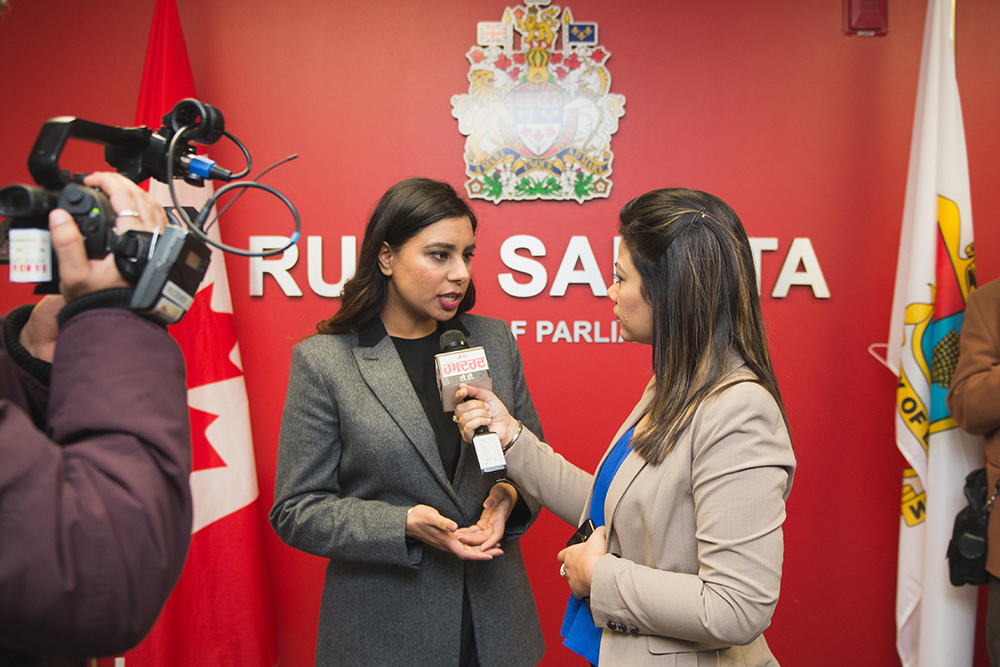 Construction season is just around the corner, but you may not see any infrastructure projects in the works. A local MP says the province is holding up the flow of funds to Brampton and other municipalities.

Back in 2017, the federal government announced $180 billion over 12 years towards infrastructure priorities within five streams — transit, green, social, trade and transportation, and rural and northern communities.

The funding flows down to municipalities through the province thanks to an Integrated Bilateral Agreement with the feds.

But MP Ruby Sahota (Brampton North) says the province has been slow to open intake for funding streams through the programs, and it could mean projects don’t get off the ground in time for summer.

Sahota points out that the Ontario government has already opened funding for northern infrastructure projects, and just this week opened the public transit stream—but has excluded municipalities in the Greater Toronto and Hamilton area from applying.

“I am concerned that the exclusion of the GTHA and the overall slow intake will cause us to lose another construction season and that good proposals from the City of Brampton will be left languishing,” said Sahota in a letter to Brampton City Council.

Money from the program has previously funded transit improvements, stormwater infrastructure and improvements in Brampton. With a $246 million infrastructure gap and ageing facilities, Brampton could be looking to access some of those funds.

Sahota says the federal government has been meeting with counterparts in Ontario to attempt to fix the issue.

“It’s clear to me that the province isn’t open for business,” says Sahota. “A slow and limited intake is not putting the jobs and the infrastructure the City of Brampton needs, first.”

Sahota is also calling on local PC MPPs Prabmeet Sarkaria (Brampton South) and Amarjot Sandhu (Brampton West) to step up and encourage their government to open the rest of the funding streams so Brampton, and other cities can access the money.