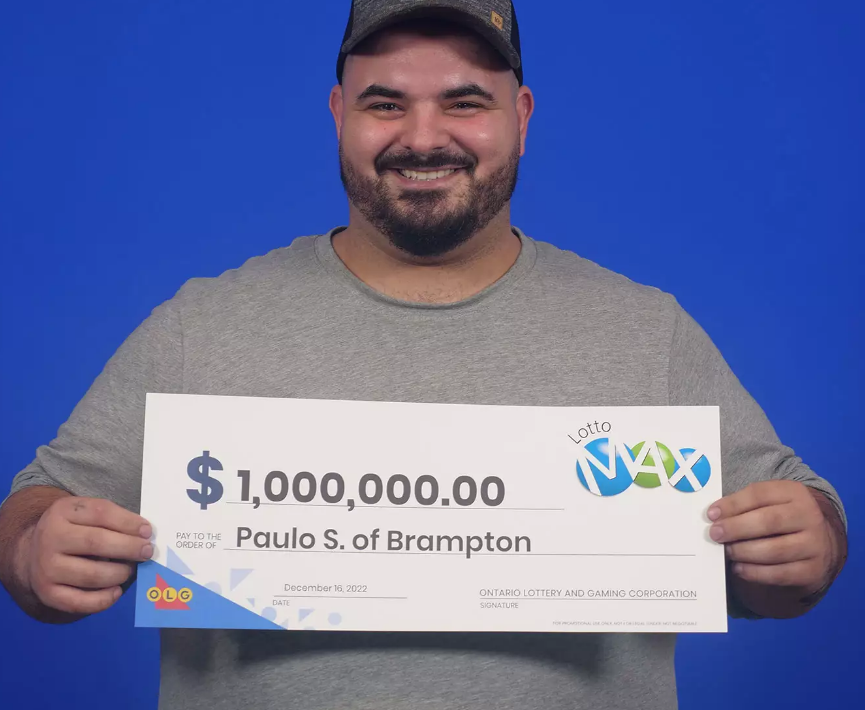 January 4, 2023 – Brampton baker Jerrey Addai is counting his lucky stars after winning a total of over $50,000 in two Daily Keno lottery draws. Addai, who works at a bakery in Brampton, has been playing the game for decades and always selects random numbers.

Addai’s big win is a testament to the saying “you have to be in it to win it.” It’s unclear how often he plays Daily Keno, but his dedication to the game and willingness to try different numbers paid off in a big way. The OLG wishes Addai and his family the best of luck in their future endeavors.

Winning the lottery is a life-changing experience, and one Ontario resident had to remind himself to breathe when he found out he had won a MAXMILLIONS prize worth $1 million in the September 30, 2022 LOTTO MAX draw. Paulo S., a 33-year-old father living in Brampton, purchased his winning ticket at Petro Pass on Dixie Road in Mississauga. He later discovered his big win after checking his ticket on the OLG App, a discovery that initially left him speechless.

“I think I stopped breathing! The earth stood still for a minute,” Paulo told the provincial lottery operator when collecting his oversized check at the OLG Prize Centre in Toronto.

Paulo, who is a regular player of LOTTO MAX and LOTTO 6/49 lottery games, said it took some convincing for the win to really sink in. “I had to get my wife to look at it because I was in disbelief. She was in denial, and I was freaking out!” he said. The couple has big plans for the money, including buying a new home and investing in their children’s future. “I’m so grateful and emotional. It’s a chance to give my family a great start,” Paulo said of the win. “It feels amazing.”

Paulo’s winnings join the growing total of LOTTO MAX prizes doled out in Ontario since 2009, which now adds up to a staggering $7.5 billion