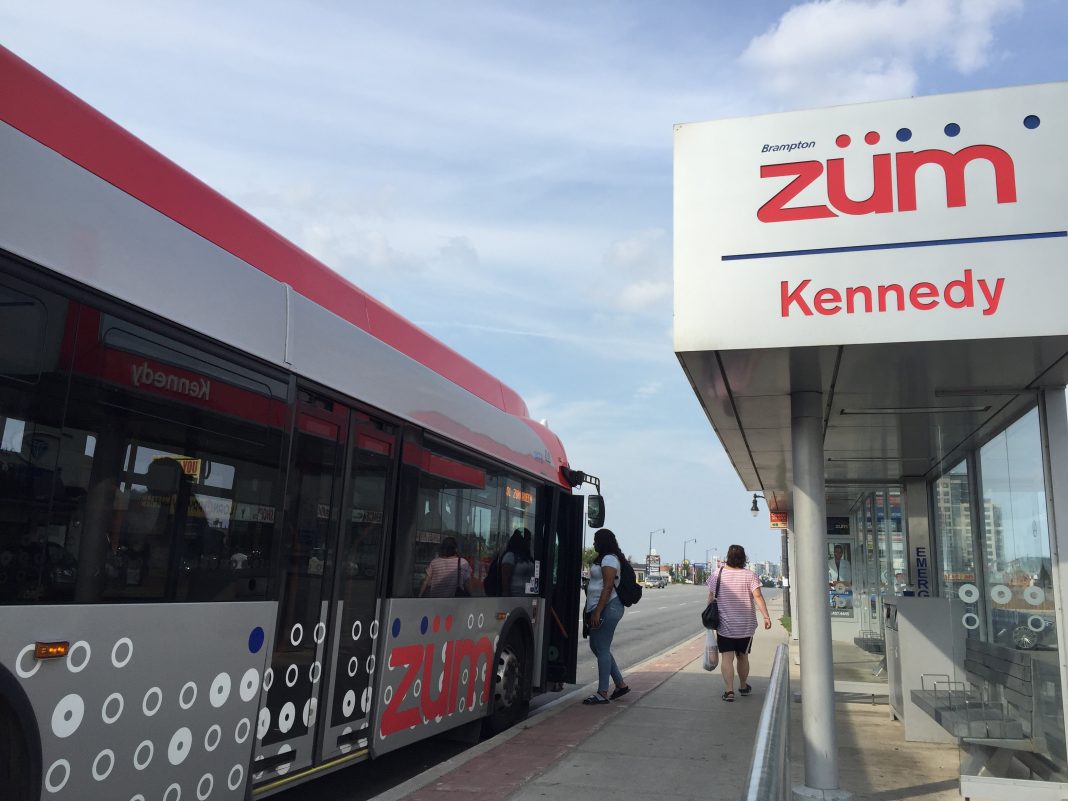 Brampton Transit has announced service improvements coming this September and some big changes are coming to the most used bus in the city — the 501, 501A and 501C Zum bus on Queen.

The 501A will continue to travel to York University directly via Highway 407 and will have increased service during morning and afternoon rush hour, as well as additional buses running mid-day.

The 501C will no longer operate westbound, it will only run between Bramalea Terminal and York University, but not back towards Brampton. This branch of the 501 will also have more service after 2:30 p.m.

If you’re a Brampton Transit user that transfers onto York Region Transit (YRT) at York University, be warned that the Toronto Transit Commission (TTC), based on an agreement signed between the TTC and YRT in relation to the new Line 1 subway extension, now requires all YRT and VIVA bus routes that currently service York University to do pickups and drop-offs at Pioneer Village Station instead.

If you need to transfer to the YRT’s 3 Thornhill, 20 Jane, 96 Keel-Yonge, 107/B Keele or the 165/F Weston use the 501 Queen’s main branch and transfer somewhere along Highway 7 instead of at York University to avoid walking upwards of 10 minutes to get to the new YRT terminal at Pioneer Village. Riders that need to transfer to VIVA Purple should transfer instead to VIVA Orange on Highway 7 since the former will no longer travel west of Yonge Street.

Written with notes from Divyesh Mistry