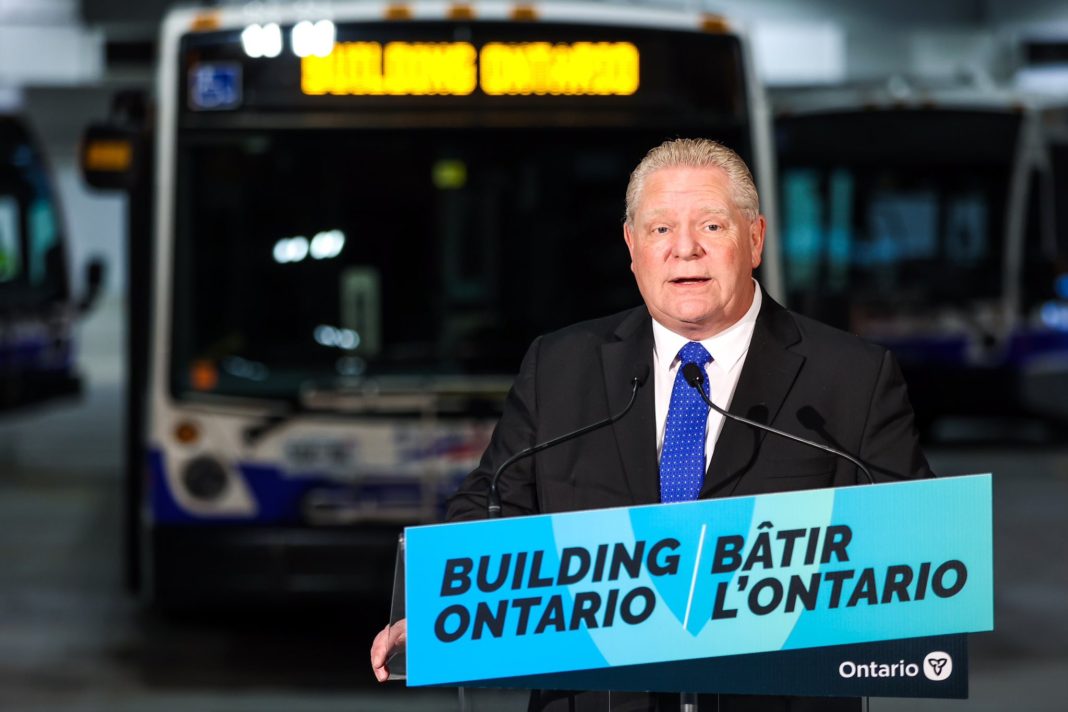 January 2, 2023 – As the New Year begins, Premier Doug Ford has released a statement looking back on the progress made by the Ontario government over the past year.

According to the Premier, the government has made significant progress in building highways, transit, and other key infrastructure projects, including the construction of a bridge over the Bradford Bypass and the awarding of contracts for the southern portion of the Ontario Line and the design and supply of its trains.

The government has also made efforts to increase housing options and invest in the skilled trades, with the goal of building 1.5 million homes over the next 10 years and breaking down barriers to newcomers entering the workforce.

Meanwhile, the City of Mississauga Council led by Mayor Bonnie Crombie, have launched an aggressive public campaign, complete with website and marketing ads, to attack the provincial government’s legislation to hold builders accountable and get more housing built across the Province.

Crombie’s campaign comes on the heels of speculation that she could put her name forward to run for the Provincial Liberal Leadership. A November 29 online poll of 814 Ontarians conducted by polling firm Probit, asking who would be their preferred leadership candidate for the Ontario Liberal Party, 28% ranked Crombie as their first choice, far ahead of second-place challenger Mitzie Hunter at 13%.

While Crombie suggests that Ford’s legislation is not ‘affordable’, Ontarians are staring down at 2023 that is promising to continue the 2022 pattern of skyrocketing inflation, rising interest rates, and unaffordable housing.

At a recent announcement in Brampton, ON, Ford denounced Crombie’s campaign against getting more housing built in the GTA, saying, “we have a few mayors that, you know, don’t want to play in the sandbox and one being mayor Crombie, and I don’t know what her issue is”.

The premier said he is asking for a partnership with Crombie and all the other mayors. Mississauga’s Members of Provincial Parliament, all part of the Ford Government, wrote an open letter to residents, urging Crombie and her Council to support the government’s efforts to build more housing to combat the affordability crisis.

In his statement, the Premier highlighted the steps taken by the government to lower costs for Ontario residents. This includes the removal of tolls on highways 412 and 418, the extension of gas and fuel tax rate cuts, and the scrapping of licence plate sticker fees. These actions are expected to save Ontario households an average of $195 between July 1, 2022, and December 31, 2023.

The Premier also discussed the investments made in the province’s health system, including the hiring of thousands of additional nurses, doctors, and personal support workers. Since 2018, there have been over 14,500 more nurses and over 1,060 more doctors registered to practice and work in Ontario, and nearly 30,000 nursing students are currently enrolled in colleges and universities across the province.

The government has also made efforts to support the enrolment of thousands of personal support workers in public and private colleges and school board programs.

Despite the challenges of the past year, Premier Ford expressed optimism for the future of Ontario and a commitment to building an economy that works for everyone. He concluded his statement by wishing all Ontarians a safe, healthy, and prosperous New Year.