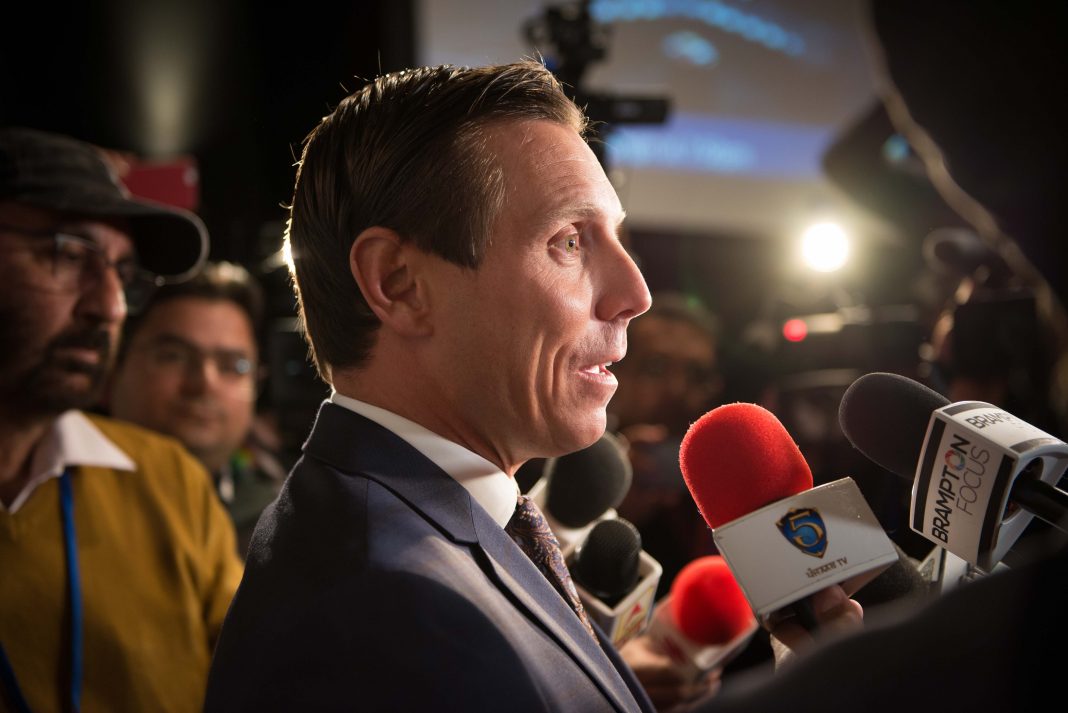 As of last week, Brampton Mayor Patrick Brown and Economic Development Minister Vic Fedeli have finally settled a legal dispute that came from allegations made in Brown’s 2018 memoir, Takedown.

In his book, Brown wrote about an allegation made against Fedeli by a former PC Party staffer. Brown said the staffer alleged inappropriate conduct by Fedeli when she worked for him in 2017.

Fedeli, who at the time was interim PC leader before Doug Ford was elected in March 2018, launched an 8 million dollar defamation lawsuit against Brown. In the lawsuit Fedeli stated that Brown’s memoir made a “vicious and petulant attack” against him when it alleged he sexually harassed an employee.

Howard Winkler, Patrick Brown’s lawyer, brought a motion to have the case dismissed as a “strategic lawsuit against public participation” (SLAPP) under the Courts of Justice Act.

Brown recently made a statement regarding the legal kerfuffle:

“In publishing Takedown and in statements I made thereafter about this allegation, I did not, and did not intend to suggest or imply that Vic Fedeli had in fact engaged in any such conduct or that he had in fact acted in any way inappropriately,” says Brown. “To Vic Fedeli and his family: I regret if anyone understood me to be saying the opposite and I apologize for any misunderstanding. I consider this an end to the matter and will not be making any further statements or comment about it.”