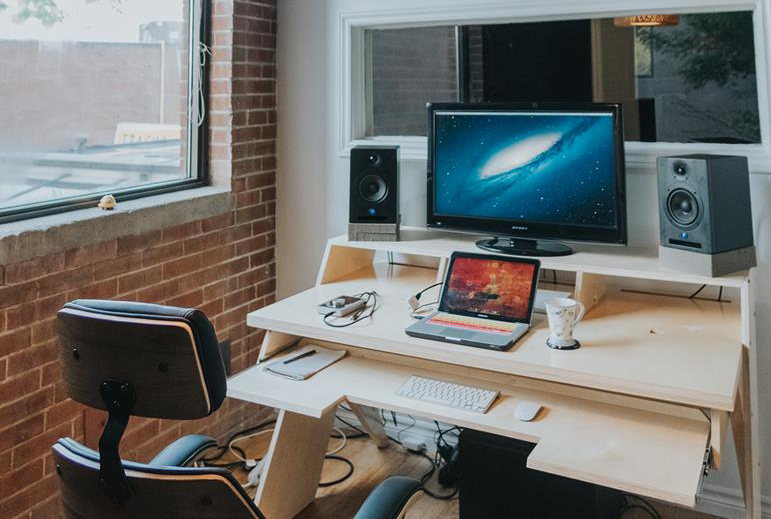 Despite the wealth of musical talent coming out of Brampton these days, Grammy award-winning artist Alessia Cara, Jessie Reyez, Roy Woods, to name a few, there’s still one massive barrier facing emerging artists from the city: accessible, affordable space and the needed expertise to create and produce quality music. Most people in Brampton are still relegated to basement studios and DIY home setups.

Gem Sound, a new audio production studio in downtown Brampton, launched in October of last year and they want to be part of the solution for local artists.

“We’re empowering the next-generation of creators to ideate, develop and launch their next song, EP, album or podcast. We work closely with artists at any stage, being fully vested in both the creator and their created works,” says Ahmed Saleh, one of the co-founders.

In just a few months of launching artists like Eastbound and Pree have already stopped by the studio. Their launch party showcasing indie music and comedic talent from Peel Region was completely sold out, bringing in people from Toronto, Ajax, Hamilton and other cities across the GTA.

Gem Sound has also been using their space to create community programming. Shortly after its launch, Gem Sound collaborated with Cuthbert House, a detention facility in Brampton focused on integrating youth back into the community. Gem Sound has been working with sentenced youth through Cuthbert to give the at-risk young people a safe space to create music and learn life skills through mentor relationships that build organically.

Youth in the program work through a customized curriculum created by Gem Sound and even have the opportunity to receive a high school credit for their time spent learning in the studio. Gem is working to expand the program to work with other youth at risk of entering gangs.

Gem Sound is kicking off 2018 by offering free studio sessions to a select few artists in the community. It will give those artists much-needed space and expertise to help them create their music.

Gem Sound is located at 60 Queen Street East, Suite 103, inside LAB B. Find out more about Gem Sound here.