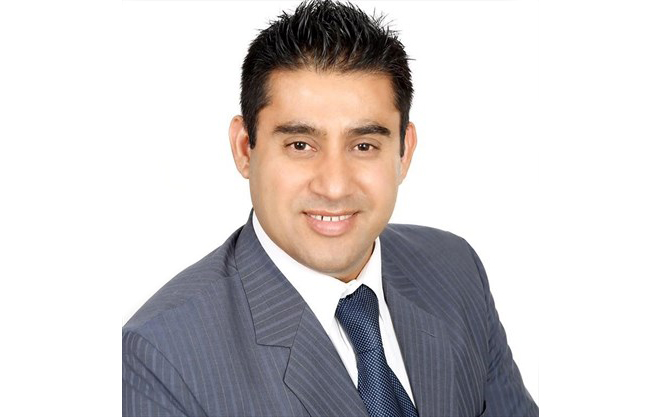 The Ontario Liberal party has appointed its candidate for what is becoming Brampton’s most contentious riding, Brampton Centre. The candidate is Safdar Hussain, a small business owner and community volunteer who’ll represent the party on voting day.

Hussain’s focus if elected will be continuing to rally for investment in health care, including the new OHIP+ program.

“We also need to continue to move forward with the Ontario Liberal government’s historic support for building transit and the coming new post-secondary campus in Brampton,” said Hussain in a press release.

Hussain was previously a lawyer in Pakistan, from which he immigrated to Canada. Since his arrival here he has completed legal studies at the University of Toronto and also owns and operates a small business.

Hussain will go up against NDP candidate Sara Singh and PC candidate Harjit Jaswal in the Brampton Centre riding on June 7 and it’s already proving to be a controversial battle.

Not only is Brampton Centre one of the city’s newly formed ridings, but its been making headlines the past few months for a number of reasons.

Just a couple of months ago, Toronto city councillor Giorgio Mammoliti announced he would run for the nomination in the riding with the support of Ontario PC Leader Doug Ford, despite having no connection to the city. Mammoliti eventually dropped out, stating that serving his current constituents in Toronto was the driving force behind the decision.

And while PC candidate Harjit Jaswal eventually won the nomination, it wasn’t without its fair share of controversy, after another notable candidate was removed from the ballot by the party without a public explanation.

Ontarians go to the polls June 7. Find out if you’re registered to vote here.