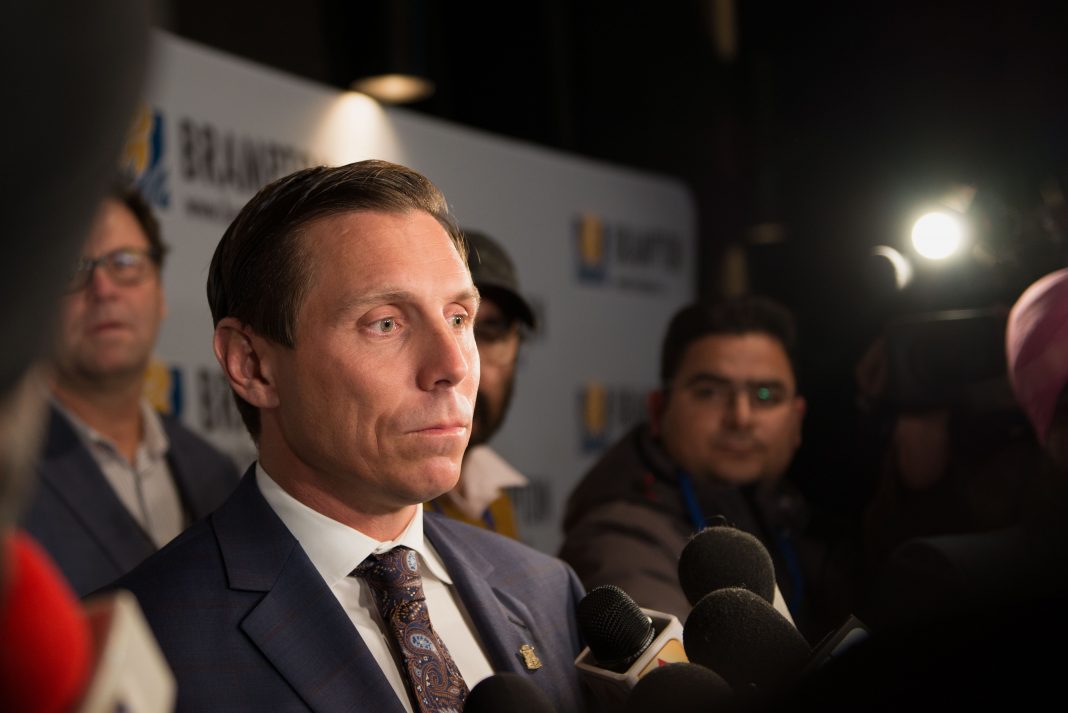 In the book, Takedown: The Attempted Political Assassination of Patrick Brown, Brown says a female PC party staffer made a sexual misconduct complaint against Fedeli for “inappropriate behaviour” back in 2017.

Takedown talks about Fedeli’s public statements on sexual misconduct which followed Brown’s own hasty resignation on the heels of the allegations against him. “I was surprised at Fedeli’s cavalier, holier-than-thou attitude, given that he knew full well that he may have dodged a bullet himself,” Brown writes.

“In December 2017, I received a handwritten note from an individual who worked for the party. In that note, she accused Fedeli of inappropriate behaviour,” he continues. “Fedeli was informed that I intended to look into this matter. I also sent a strong message to him that he was not to contact or be around that individual.”

At the time the book was published, Fedeli said the allegations were “categorically false and without any merit”. Fedeli’s lawyers have served both Brown and the publisher of the book with a notice of intent, and are demanding they make a retraction and public apology.

CBC News reports that it verified through the anonymous staffer’s lawyer that a complaint was made against Fedeli, so Brown told the CBC he finds the request to remove the information “perplexing.”

Optimum Publishing International, Brown’s publisher, told CBC News the book doesn’t actually allege anything against Fedeli and that it simply “provided an anecdotal story that was illustrative of the author’s perceived hypocrisy at Queen’s Park.”

Premier Doug Ford’s response to Brown’s book has been less than warm. Back in November Ford said Brown has “zero credibility” and called the various claims in the book “shameful and disgusting. He’s even gone so far as to say Brown did a “disservice” to Brampton by moving forward and publishing the book after being elected as mayor.

By the time Brown was elected on October 22, Takedown was well in the works and close to being launched.

Ford has also maintained Fedeli’s innocence. Last Fall NDP leader Andrea Horwath requested an independent investigation be done into the allegations. Ford says that one was done and did not reveal anything against the minister.