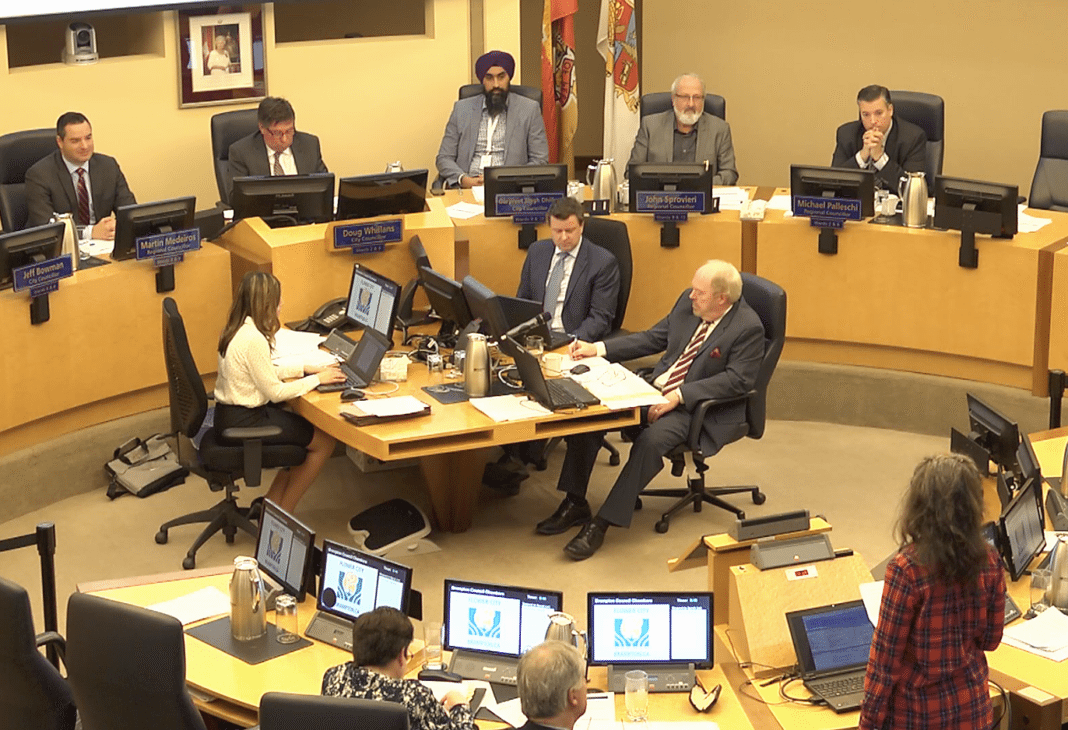 A common theme we’re hearing this election is one of a divided council. Considering the vote breakdowns in the past four years on key agenda items, this is true.

For the sake of discussion, let’s call this voting bloc The Seven.

Aside from Sprovieri, these councillors have coalesced around Patrick Brown’s bid for mayor, effectively making him the unwitting champion for their corrosive record in the past four years, which includes parroting the notion that it was Mayor Jeffrey who brought division to council.

Just what is “division”?

The Seven, minus Gael Miles, opposed a fully funded LRT from the province. The mayor did not.

The mayor wanted to hire an independent external auditor to check the city’s books. The Seven did not.

The Seven voted to bail out the Brampton Beast for $1.5 million over three years, while dressing it up as a “sponsorship deal”. If the goal was advertising and sponsorship for the same money, the city would have gotten more bang for its buck running targeted Facebook ads for $500k a year. The mayor voted against this bailout.

The Seven, minus Sprovieri, voted to buy out the Riverstone Golf Course for $11.6 million, and then dressing it up as a senior’s center with some green space on the side. This deal was championed by Councillor Gael Miles, making it important to note that the owner of the golf course was a contributor to both her political campaigns as well as community groups Miles founded. On top of it, in uncovered emails, Councillor Miles argued that if the city did not take charge in buying the golf course, the land would possibly have been turned into something more useful like for housing or employment. Mayor Jeffrey voted against this misuse of our taxpayer dollars.

Gael Miles, with support from Elaine Moore, put forward a motion to force city staff to publish all media inquiries to city council and staff on the city’s website. This was a flagrant attack on the freedom of the press that would have had a chilling effect on investigative journalism. The mayor did not support this.

The Seven voted to hike their car allowance, pension contributions, and salaries after the majority of them spent the better part of the previous council criticizing Susan Fennell’s pay. Mayor Jeffrey voted against this.

The Seven raised a hubbub over the new university campus. Councillor Grant Gibson raised a complaint about those rambunctious students doing young adult things, like drinking or partying. Once the location where Ryerson University had chosen to build its campus was revealed, The Seven’s clique began to derisively call it a “parking lot university” — as if land in our downtown core is a stagnant morass that an institution known for its urban campus in Toronto is unable to improve upon. The mayor, on the other hand, supports the current location.

In most of these instances, the majority of the aforementioned city councillors got their way, yet continued to call the mayor “divisive” for publicly disagreeing with the vote afterward, acting as if we’re communists who practice democratic centralism.

The context of “division” matters.

Mayor Jeffrey held strong in favour of evidence-based policy and consistently opposed shovelling our tax dollars into a funeral pyre. She championed a fully funded LRT route, successfully lobbied for a university campus in Brampton, cut her own salary, advocated for and brought in more transparency, consistently refused to accept wasteful spending & bailouts of private business, called out city councillors who would have suppressed freedom of the press, and worked to protect our employment lands.

In this context, what can Patrick Brown possibly mean by “change” or “unity”, after calling Mayor Linda Jeffrey “divisive”? Does he support the Family Compact style of politics pushed by The Seven? Does “unity” mean that the best decision is one that is only halfway corrupt? Or, does he still remain an outsider who can’t quite grasp what has happened in the past four years in this city?

Finally, with respect to The Seven, instead of facing a critical look on their record in an election, the majority of them have chosen to retire. Elaine Moore, Grant Gibson, and Gael Miles are not running for council. John Sprovieri will very likely lose his bid for the mayoralty. This leaves politicians who have voted to bring Brampton backwards (i.e. Michael Palleschi, Doug Whillans, and Jeff Bowman) to work with a potentially younger, more diverse, and a more forward-looking city council.

The past four years have been tough and messy for Brampton, but it’s the birth pangs of becoming a modern city instead of remaining a town. Getting there means council needs to make tough decisions that benefit the city as a whole rather than representing vested, moneyed, interests. If that’s “divisive”, then we’re doing the right thing.