The Peel Regional Police (PRP) hosted a Raksha Bandhan even at the PRP Emil Kolb Centre in late August of this year, with the Hindu Swayamsevak Sangh Canada (HSS).

“Okay,” you think, “that sounds harmless”.

The HSS is the international arm of the India-based group Rashtriya Swayamsevak Sangh (RSS), the key member in the larger Sangh Parivar (the family).

“Lots of acronyms,” you mutter.

The RSS is a Hindu right-wing, nationalist (Hindutva), and paramilitary organization which has been criticized by Amnesty International (here, here, here, here, you get the point), the Human Rights Watch and others as propagators of anti-minority, religious, caste, and gender-based violence in India,

The RSS has been banned three times in India’s history as an extremist organization, has been flagged by the CIA as “nationalist” and “militant religious outfits”, and has founders that were Hitler sympathizers that also thought the holocaust was a good model to replicate against minorities in India.

The problem is not the event itself. After all, Raksha Bandhan is a legitimate mainstream Hindu cultural event.

The issue is the organization with which PRP celebrated Raksha Bandhan.

In a time where white supremacists and nationalist groups are gaining a lot of media attention, and anti-hate efforts in Canada are at their highest in recent memory, the timing of this PRP event is extremely problematic.

PRP has been on the wrong side of many community issues lately — like Chief Evans’ pro-carding position, the lack of diversity in the ranks, and the Ontario Human Rights Tribunal’s ruling that the PRP discriminated against Officer BJ Sandhu on the basis of race.

This has fed into a larger narrative that the PRP has failed at building meaningful relationships with Peel Region’s diverse communities over the years, exposing big gaps in community policing efforts from one of the largest police forces in the country.

You cannot effectively keep a community safe if you do not understand or work for its residents.

The recent revelation of the PRP hosting an event with the RSS/HSS only provides further grounds for that criticism.

How can the Peel Regional Police work with the RSS in a region with one of the highest population of South Asians outside of South Asia?

How could the PRP not realize who they were dealing with?

Does the PRP not have an anti-hate department or officers that could have flagged the RSS/HSS connection?

Hosting an event with the RSS/HSS only strengthens the perception that the PRP does not understand the community it is supposed to serve and protect.

That is worrisome and requires an explanation. 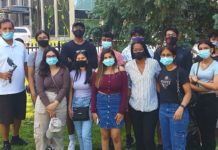 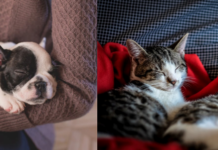 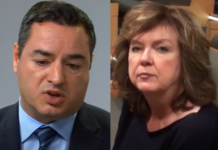