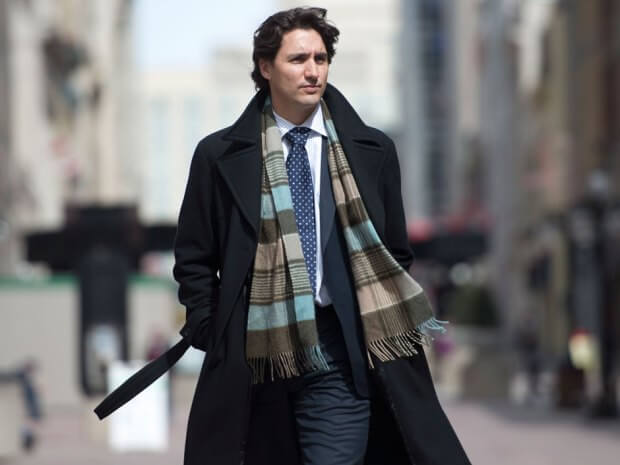 A man walks into a mosque with the intent to kill the Muslims inside. He kills six and wounds six others. He commits an act of terror—everyone knows it—but he isn’t charged with terrorism. Two years later his dad wants people, including Canadian Prime Minister Justin Trudeau, to stop calling him a terrorist because he had no terrorist connection.

On January 29, 2017, Alexandre Bissonnette opened fire at worshippers in a Quebec City mosque during evening prayers, killing six people. He pleaded guilty last year to six counts of first-degree murder and six counts of attempted murder (he wasn’t charged with terrorism) and was sentenced this February.

In an open letter Alexandre Bissonnette’s father, Raymond Bissonnette, has called on Trudeau to stop referring to his son as a terrorist because he had no particular ideology “nor terrorist connections”. While he acknowledges the actions of his son as “terrible”, he says that the tag has “already caused serious harm” to his family.

“Is it unrealistic to think that this danger is also real for every Canadian, here and abroad, who could become the target of extremists wanting to avenge a so-called ‘terrorist attack’ in a Canadian mosque? The appalling terrorist attack in Sri Lanka on April 21, 2019 to ‘avenge’ the Christchurch attack is a frightening example that, I hope, will make you aware of the dangers of labeling a crime a ‘terrorist attack’.”

The lack of self-awareness is staggering isn’t it?

To suggest that Canadians are more in danger from those who would attempt to avenge his sons “so-called” act of terror than from people like his son—a man who was sentenced to life in prison with no chance of parole before 40 years has been served—is a stunning claim. But then the elder Bissonnette takes it up a notch. He makes the correlation between the New Zealand mosque shooter being labelled a terrorist to the attack on a church in Sri Lanka.

What is white supremacy?

White supremacy is an ideology. Adherents to it believe that white people are somehow genetically superior, and that power of whiteness must be both utilized against and protected from the onslaught of the non-white ‘other’.

The recent white supremacist terrorist attack on two mosques in Christchurch, New Zealand was shocking in its effective organization and deadly efficiency. New Zealand is ranked the second-safest country in the world by the Global Peace Index, the last mass shooting in the country took place in 1997. It was meant to shock, which is one of the reasons people commit terrorist acts.

White supremacist extremism is on the rise globally. Here in Canada, we haven’t been immune to it either. There’s even a morbid Canadian link to the New Zealand attack: the terrorist had the name of Alexandre Bissonnette, along with names of other white supremacist extremists, written on the ammunition he used. Who wants to tell Raymond Bissonnette?

It’s 2019, and global information sharing is at unprecedented levels thanks to the internet. The use of social media to announce the attack, to literally show the attack in real time and then share it with others was horrendous, but not entirely unfamiliar. In fact, the attack reignited an already existing debate about the regulation of social media platforms, with Facebook saying that it will re-examine how it flags livestream videos.

On April 8, 2019, Facebook made good on its promise of re-examination of how it does things by banning extremist content and hate groups. Many of the affected pages were Canadian and included those of Faith Goldy and Kevin Goudreau. We have also seen groups on the rise like the Yellow Vest Protesters, who aren’t hidden in the underbelly of the dark web, but are open about how these “others” are “changing our country” and how the government is “just giving away our country” to them. These are real people.

The threats are also real. For example, recently, in a closed Yellow Vest protesters Facebook group, someone made a comment about how blowing up Brampton “will take care of half of those turban head tools”. Fellow commentators, who apparently live in Brampton and called it an “infiltrated city” asked for a “private warning” in advance of said blowing up. Sadly, though, this group wasn’t one of those that have been affected by the Facebook ban.

After the Khalsa Day Parade in Surrey, British Columbia, which was attended by some 500,000 people, a man brazenly posted a comment on the Global BC Facebook Page: “Imagine what one pressure cooker bomb could have done…missed opportunities suck.” Several people shared screenshots of his post to the RCMP’s twitter account and the man has since been arrested.

What can we do about white supremacy in Canada?

Prime Minister Ardern has been firm in her resolve to stand up against the real threat of white supremacist extremism in New Zealand, and we need also be firm here in Canada.

This requires us to acknowledge a few uncomfortable truths:

These are real doozies, I know. Hear me out.

White as the default

When we put whiteness in the middle, as the default or ‘normal’, we create a split between ‘white’ and ‘non-white’. We perpetuate a world where there are white people and then there are the rest of us non-white people all in a big pile. Because we are seen as different from the normal, we are made ‘less than’ by these words and it becomes easier to dehumanize the other. It also becomes easier to push the us-versus-them narratives, and just as easy to believe them.

This is exactly what Raymond Bissonnette does in his letter. For him, ‘they’ are those that “avenge” attacks on ‘them’ by inflicting real terrorist attacks on “us” and “our” churches.

Since whiteness is centred it is easier to overlook the rising threat of organized white supremacy, both in face-to-face groups and in a more robust way in online forums. This is what happened with the New Zealand attack. How was one man, who in his own words calls himself a “regular white guy”, able to share a 17-minute-long livestream, after he promoted it on his social media and on white supremacist forums without anyone at several layers of industry and government being the wiser? How was he able to slip under the radar?

He was able to slip undetected because no one was on the lookout for him.

He was able to obtain a gun license via legitimate channels. He had no criminal record. He wasn’t in the system. Yet, his online presence is peppered with the ideals of white supremacy, and from what we know he seems to have been radicalized online. There are forums online, and closed groups like the one I’ve mentioned earlier, where these people get together to share ideas, experience, and tactics.

There has been a longstanding global presence of the FBI and CIA since World War I, and this presence has been amped post-9/11. They provide capacity-building to government security organizations by providing training in skills such as interviewing, behavioural analysis, processing crimes scenes and digital evidence overseas to help prevent and solve international or transnational crime.

But who are they looking for? Who are they keeping tabs on? Who then is falling through the gaps when the focus is elsewhere?

Black and brown bodies are securitized because of a perceived threat. That’s another uncomfortable truth that results from the centring of whiteness. They have been securitized for centuries, but post- 9/11, this global security has been taken up several notches. At the local level, here in Brampton, where 75% of the population is racialized (i.e. a visible minority recognized as non-white), we’ve heard calls for the police to do something about the rising crime. The loudest calls have always been for increased policing.

Brampton is the ninth largest and fourth fastest growing city in the country, and with an average age of 36.5 years it’s also one of the youngest. The potential for growth economically and socially is huge. Brampton’s importance when it comes to federal and provincial politics cannot be overstated; there are several seats to be had and politicians know it. It’s an exciting time for Brampton.

And yet, the xenophobic epithets for Brampton remain: Browntown, Bramaladesh, and the like. There are negative narratives of the city being a “ghetto” and its crime being on the rise. These ideas are constantly and consistently pushed both externally and internally and it is exacerbated by the media, which rarely reports on Brampton and when it does it’s rarely positive.

This is important because if you hear the same thing over and over again it’s easier to believe it. However, living in the time we do, with access to information literally at our fingertips, the onus is on us to be, as my friend Dr. Jaspreet Bal says a “critical consumer of media”. Hold the media accountable when one-sided narratives are consistently being pushed.

When the cherubic childhood pictures of the New Zealand terrorist in the arms of his father are shown under headlines of “angelic boy” to humanize him, call them out and remind them about how they are quick to label black and brown shooters as “thug” or “ISIS terrorist”, which dehumanizes them. Remember that the New Zealand terrorist was able to slip through the cracks undetected because he wasn’t seen as a threat and so his threatening potential was overlooked. The perceived threat of these Yellow Vest Protesters shouldn’t be overlooked either.

Remember this when dads of guys who have been sentenced for life imprisonment for committing atrocities based on ideologies of white supremacy are asking for the labels that best describe them to be removed that it is privilege speaking.

It’s not difficult to condemn these attacks. All decent people condemn these attacks. Killing people is horrible, terrorists are horrible. It’s easy to say that. It’s not as easy to admit that we’ve allowed this to happen through our inaction. It’s important to recognize it and move forward in this knowledge in order to do better.

So let’s do better.