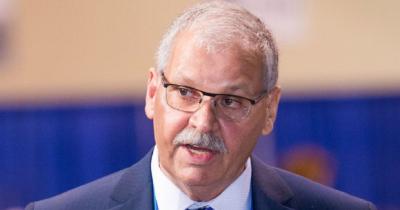 $670,000 from a strike fund; unsanctioned compensation; misuse of union vehicles for family

January 16, 2023 – OPSEU, one of the province’s largest unions, is suing three of its former leaders for millions of dollars, alleging that they withdrew $670,000 from a strike fund without explanation, received additional compensation on top of their salaries, and had union-purchased vehicles transferred to themselves and their families.

The union, which represents 180,000 members, is also accusing the former leaders of trying to delay a forensic audit that was ordered by the union’s executive board until after the upcoming election in April 2022.

The three former leaders named in the suit are Warren “Smokey” Thomas, the union’s long-time president who retired last year, Eduardo Almeida, the former first vice-president/treasurer, and Maurice Gabay, the former administrator of the union’s financial services division. The allegations against them are detailed in a statement of claim filed in Ontario’s Superior Court on Monday morning.

OPSEU’s current president, JP Hornick, said in an email to members that the union’s finances remain stable despite the troubling news. “We will work tirelessly to rebuild trust,” Hornick said. “This statement of claim is just a first step. We will not waiver in our commitment to seeking justice in this matter, and we have the full support of the board to pursue all available legal avenues.”

The union is seeking $1.75 million from Thomas, $3 million from Almeida and $1 million from Gabay, as well as damages of $6 million for “breach of fiduciary duty, breach of contract, conspiracy, conversion and/or unjust enrichment (less any amounts recovered)”. The union is also asking for “aggravated and/or punitive damages in the amount of $500,000 as against each of Thomas, Almeida and Gabay,” the statement of claim says.

The statement of claim says that money in amounts ranging from $10,000 to $70,000 was withdrawn from the strike fund between 2014 and 2020, and used for “undocumented and illegitimate purposes.” It also states that when Thomas retired, his severance payout was $61,903, and that the union did not make any such payout to Almeida. Gabay has received $118,456 in “post-termination payments” from the union.

The allegations have not been proven in court and no statement of defence has been filed yet. The former leaders were served the statement of claim on Monday and were not immediately available for comment.