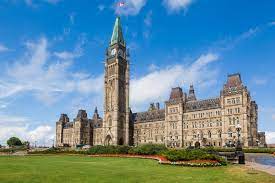 January 19, 2023 – Federal employees are facing a serious problem as the government has reported that over 120,000 current and former employees owe the Treasury over half a billion dollars due to overpayments caused by glitches in the payroll software.

The issue stems from the launch of the Phoenix Pay System in 2016, which was intended to streamline 46 separate payroll departments with a promise of $70 million in taxpayer savings. However, the program ended up garbling checks for thousands of federal workers and resulted in ongoing IT fixes and compensation that has cost more than $2.8 billion.

Auditor General Karen Hogan, in a report last October 27, said the Phoenix Pay System continues to garble checks for a large number of employees. “In our audit work, we found 28% of employees we sampled had an error,” she said.

The government has an obligation to recover outstanding overpayments and has contracted computer consultants to fix the ongoing payroll problems through 2034.

The public works department in a 2022 briefing note said its main consultant IBM Canada Ltd. has options continuing for more than a decade “on an as-need basis”.