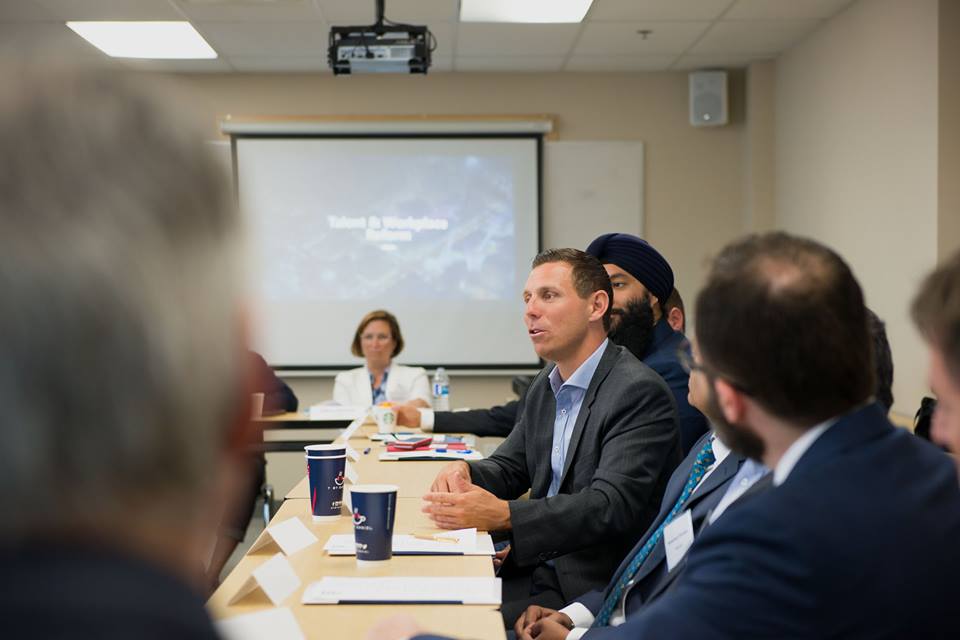 Brampton candidates are hitting the pavement hard to campaign. Advanced polls are open this week and voting day is just three weeks away on October 22.

One such candidate is Patrick Brown, former leader of the Ontario PCs.

It’s no secret that Brown is running for Brampton’s top job. Brown threw his hat in the ring on July 27 with just minutes to spare before the deadline.

He’d previously been running for Regional Chair, an election that was effectively cancelled by Premier Doug Ford in a bid to shrink regional government.

Brown’s latest campaign marks his third this year alone, following his run to regain his seat as leader of the Ontario PCs (after he initially resigned) and then his run for Peel Regional Chair.

Understandably, things can get a little confusing. Brown was a city councillor in Barrie, an MP, and then an MPP before he went on to be the leader of the Ontario PCs. Brown spent almost all of his political career in Barrie, making it all the more surprising that he’s now claiming his deep roots in the city spurred his foray into Brampton politics.

In an interview with the Globe and Mail, it appears Brown forgot exactly which city he was running in. He said, “I think this is a great place where I can contribute and help. It’s a city that’s hurting … and I think it’s a great place to serve. And I want to be a great mayor of Barrie, I want to get …” stopping to correct himself he says, “A great mayor of Brampton. I want to get this city back on track.”

Of course, the internet wouldn’t let the blunder slide without some commentary, so naturally, people took to Twitter.

Patrick getting ready for next public address pic.twitter.com/KSOIyUtix1

Watch out Bobcaygeon, you could be next.