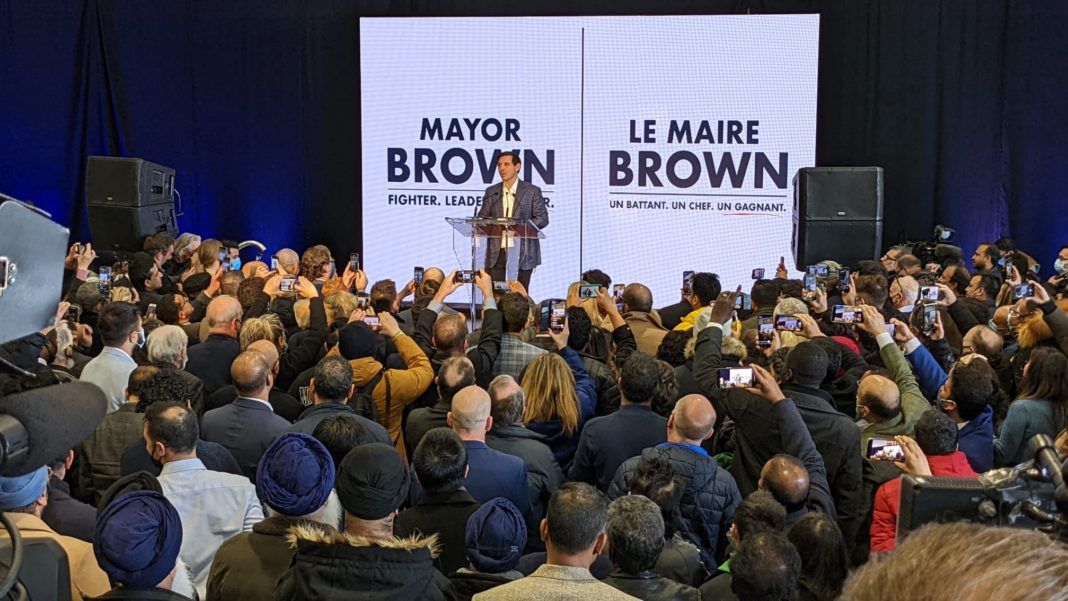 Ever since Erin O’Toole was voted out, the rumour mill was rampant that Brampton’s Mayor would enter the conservative leadership campaign. Patrick Brown made it official yesterday at the Queen’s Manor Event Centre in Brampton.

Making the announcement in front of a “hometown” crowd reflective of one of Canada’s most diverse cities; Mayor Brown made a heart felt speech announcing his candidacy along with his sincere appreciation for his family and the City of Brampton who stood by him during some of the more challenging times of his political career.

The Mayor entered the hall holding his son Theodore in his arms and his wife Genevieve and their infant daughter Savannah at his side. The packed hall of supporters gave the Brown family a warm welcome.

Patrick Brown delivered a passionate speech that focused on what being a leader truly means and how he expects to win the leadership race. His route to success is by bringing all Canadian together again, regardless of where they live, what they do, and what their background or beliefs are.

The Mayor pledged to stand up for all Canadians. Speaking in both French and English, he highlighted some of his priorities, successes and concerns. His speech resonated with those in attendance and will surely resonate with Canadians across the nation.

One of his priorities will be a review and overhaul of the criminal justice system, which seems to put criminal rights ahead of victims and their families. The Mayor talked about the need for our criminal justice system needing to be changed as too many times, criminals with serious charges are let out all too soon and reoffend.

Another priority dear to his heart is the right to religious freedom and the need to push back against legislation – like Quebec’s Bill 21 – which states that public servants cannot wear any religious symbols like a turban, cross or hijab on the job. Mayor Brown was the first big city Mayor to call out the Quebec Government for putting forward Bill 21 and has since led the rallying cry for other cities to standup against the legislation while the federal Liberals sit idle. Mayor Brown discussed the dangers of Bill 21 which strips Canadians of their human rights.

Mayor Brown touched on numerous other topics, such as the war in Ukraine, the massive Canadian debt that will burden future generations, and the increasingly difficult economic situation most Canadians are struggling to manage today. He talked about inflation and the skyrocketing price of gas.

Entering the leadership campaign to become Canada’s next Prime Minister, Brown is looking to take on all those challenges. But first he will need to unite the Conservative Party of Canada. Brown knows that only a united party will be able to defeat Justin Trudeau and the Liberal Government.

The Mayor highlighted his track record, his ability to bring people together, and his ability to get things done under his leadership. As Brampton’s Mayor, he has reinvigorated the City’s engagement with the community, raised Brampton’s profile across the country, and he expanded and improved City services. He did this at the same time of delivering a consecutive balanced budgets with no tax increases throughout his tenure!

While Brampton will no doubt miss their lovable Mayor; the federal conservatives, and perhaps all Canadians for that matter, are looking for someone to lead us into the post-Covid world. We will have to wait and see if Patrick is that “someone”.

The leadership vote will occur on September 10th. For more information on Patrick Brown and the Conservative Party of Canada visit their website at https://www.conservative.ca/ 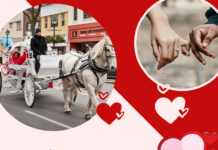