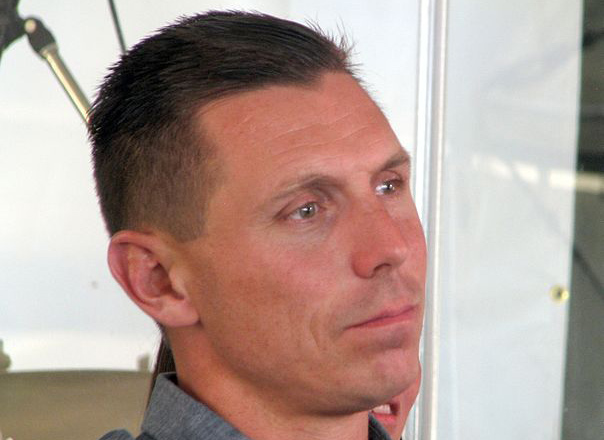 In light of the recent revelations that Patrick Brown spent nearly $300,000 in public funds in just a few months, one of his harshest critics has declared him “unfit to hold public office”.

Randy Hiller, MPP for Lanark-Frontenac-Kingston, shared scathing words about Brown after the news of the spend broke Thursday. Hillier said, “I told the public Patrick brown was unfit to serve in this legislature, with these latest revelations, I will clarify that and say he is unfit to hold any public office.”

Both MPPs with Ontario PCs, Brown and Hiller aren’t strangers. Back in February Hiller called for an investigation into Brown’s personal finances, alleging Brown was engaged in “crooked and dirty politics” and was breaching Ontario’s ethics rules.

Hiller filed an integrity commissioner complaint after questions rose around Brown’s purchase of a $2.3 million house off Lake Simcoe.

@patrickbrownont shows a pathological pattern of pursuing public office to enrich himself. Here are some comments I provided to the media on today's story of his abuse of public funds. #onpoli pic.twitter.com/3MF20WA8ba

Hiller’s complaint with the commissioner alleged Brown was not declaring income to pay for his Barrie home and was not reporting gifts, travel from third-parties and lobbyists, or disclosing income related to nomination races, according to the CBC News.

In June 2016 an affidavit was signed between Brown and Johal. It outlines intentions for Johal to purchase two million Aeroplan miles and shares in a local Barrie restaurant from Brown for $375,000.

One month after the date of the affidavit $375,000 was deposited into Mr. Brown’s personal bank account. Not long after, he purchased a $2.3 million waterfront home.

Brown initially denied any deal with Johal, telling the Globe & Mail that he had no dealings with the man and a deal was never done. Brown’s spokespeople also reiterated the same sentiment and stated that his family helped him with the purchase of the multi-million dollar home.

The integrity report, however, ruled that Brown hid the true source of the money used to finance his new home. Integrity Commissioner J. David Wake stated that Brown did, in fact, “borrow” the money from Johal to help with the down payment and that he was “less than transparent” with the bank when he obtained his mortgage for the home he purchased.

Questions around Brown’s ethics are flying again after documents revealed he spent more than double other non-returning MPPs. MPPs get a $299,000 yearly budget and Brown spent nearly all of his budget even though he only served as an MPP for two months out of the fiscal year.

Brown maintains the money was used to pay for mailouts, thank you cards and severance for employees, but he hasn’t clarified why staff terminated from his leader’s office during the 2017/18 fiscal year would require severance from his 2018/19 budget.

Back in April after Brown was ejected from the PC caucus and sitting as an independent MPP he hired 5 new staff members with less than two months to go before the close of the legislature for the election. Most of those staff had contracts that ended on June 7, though Brown was not running in the Ontario election.

“He is pathological in his pursuit of public office and we now know why, he is in it to enrich himself and to enrich his friends. He raided the PC caucus budgets, the PC party budgets and now he has raided the public budgets. He spent his entire budget in just over 30 days. His excuses are lies,” says Hiller.

This isn’t Brown’s first time being criticized for overspending. Back in 2007 when Brown was a Tory MP in Barrie, he criticized for having expenditures almost $100,000 more than the average MP.

Brown was spending more on travel, advertising, and printing than other representatives. He spent a whopping $80,010 on printing, while others were spending on average $25,495.

Patrick Brown's spending as the MP for Barrie actually went up in the years after the Nov 30 2007 article in the Barrie Examiner, peaking in the 2009-2010 fiscal year. pic.twitter.com/UrHElvFnlM

This most recent spending scandal comes just days before Bramptonians head to the polls to cast their ballots for mayor.

Brown threw his hat into the Brampton mayoral race in late July, just moments before the cutoff, after Doug Ford cancelled the Peel Regional Chair election–for which Brown had registered using a Mississauga address. Within 24 hours of the cancellation, Brown was at Brampton city hall with a new Brampton address registering to run for Mayor.