My first reaction when I heard the news that CTV had settled the libel action with Brampton Mayor Patrick Brown, was…About time!

Now we wait for the other shoe to drop. Or, perhaps more pointedly, the hat. That is the hat he is expected to throw into the ring for leader of the Conservative Party of Canada. Don’t be surprised if it is announced Sunday.

He’s been redeemed. His record is clear, and he can put this entire fabrication behind him. More to the point, it’s timely. CTV defended a losing position for too long. They were wrong to broadcast allegations against Brown, then the leader of the Ontario Conservative Party and poised to become Premier.

Brown sued for $2 million and CTV quickly found itself in troubled legal waters. The only defense was truth and that refuge quickly eroded and a trial date was set.

In an agreed upon statement by both Brown and CTV, it reads, “Key details provided to CTV for the story were factually incorrect and required correction. CTV National News regrets including those details in the story and any harm this may have caused to Mr. Brown.”

CTV wasn’t the only guilty party here, however. This was a political coup, organized and executed from within the Ontario Progressive Conservative Party of Ontario (OPC) to push him out and bring in someone more focused on the “right” of the political spectrum.

Brown would later chronicle these details in a book

I remain convinced that the old boy network (which includes a few old women) were aghast that not only did Brown unexpectedly win the leadership against favoured MPP Christine Elliott, he had the audacity to mount a Red Tory Platform in October 2017, a series of promises he dramatically signed.

But the Club was most upset at one key facet…The Carbon Tax. Brown thought there was no point in fighting the federal government over the Carbon Tax. He was proved right later but at the time the Club Members were having none of it. Nor did they like the fact he also promised to resign if he didn’t delivery, putting their second term at risk out of the gate.

So, they sharpened their knives and fed CTV a dubious story – a lie – from an anonymous source.

None of it was true. The false allegations were to have occurred at Brown’s old home in Barrie 15 years ago. Yet, Brown never owned that property at the time when the anonymous complainant said it happened. The complainant did not live in the City at the time of the complaint. It was only after the anonymous complainant left the City that Brown owned property at the centre of the allegations. CTV never engaged in the proper fact checking you would expect for a national media organization.

When I read the story, I smelled a rat. It was tenuous at best and as details emerged it was clear Brown, a young man at the time and single, had not only pushed things but acted as a complete gentleman, as you’d expect. This was a story hand fed to a friendly news outlet and they took the bait, hook line and sinker. It was a gotcha! It never lived up to the headline, however.

The impact was ruinous. He was turfed from the leadership and then blocked from running again, which led to Doug Ford becoming Premier.

He told the Toronto Star later it was like getting a “hockey check” by a large truck. His career was in tatters, his reputation defamed.

Now I have nothing bad to say about Doug Ford. Either then or now. He took advantage of an opportunity which opened up.

The fact is, however, Brown would have won that 2018 election of Wynne hands down. Heck, any Conservative would have got more votes than Kathleen Wynne because the tide of voter sentiment had clearly turned against the Ontario Liberal Party. Accordingly, they were decimated. It was the OPC’s to lose and they managed to get Ford elected.

Brown, of course, rebounded to become Mayor of Brampton, a testament to his character, brand and, more importantly, his incredible coalition of supporters in his political network.

He’s a Red Tory and perhaps better positioned than the previous leaders Andrew Scheer and Erin O’Toole to unite the party and create a big tent to attracted middle left and middle right voters. The right wing won’t back him but there is an ongoing discussion that the party cannot veer too far to the right for fear or alienating urban voters, especially in the riding rich Greater Toronto Hamilton Area.

As a former Councillor, MP, MPP, Party Leader and now Mayor, Brown has the credentials and a strong army of backers and foot soldiers. He’s has the reputation of a fiscal conservative who wrestled Brampton’s budget back to reality and as someone who understands that social conservatism is a non-starter.

Patrick Brown is in a good position and Sunday will kick this leadership race up a notch. 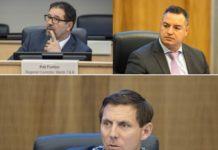 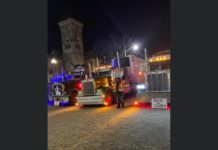