In light of a report that Brampton Civic Hospital (BCH) is experiencing overcrowded conditions regularly, so much so that 4350 people were serviced in hospital hallways in 2016, the provincial government announced the funding for 37 new beds at the hospital to alleviate this problem.

The announcement was made on Thursday morning by the Minister of Health Eric Hoskins at Peel Memorial. Initially, the province was only going to fund 6 new beds,  but the announcement added 31 beds to that total.

The new beds are supposed to come online in time for the Holidays this year, in response to the flu season, according to Dr. Brendan Carr, CEO of the Williams Osler Health System.

Mayor Linda Jeffrey said at the announcement today that “Over the last decade, Brampton has received over $2 billion [from the provincial government] and I am truly grateful for those investments.”

The announcement came after Jeffrey penned an open letter describing how Brampton has come to this health crisis, and her plea for funding more beds, the launch of Phase Two of the Peel Memorial redevelopment, and a potential for a third hospital by 2041.

An internal memo released last week revealed that 4,352 patients were treated in the hallways of BCH between April 2016 and April 2017. BCH is Ontario’s largest community hospital, and its emergency ward is one of the busiest in Canada.

While 37 beds doesn’t seem like a lot of new capacity, on average there were 12 patients per day in that period treated in the hallways, meaning that 37 new beds should be able to alleviate those concerns on a day-to-day basis. However, it also depends on how long a patient needs a bed.

The 37 new beds at BCH will be “conventional” beds, for acute patient care, according to Carr. 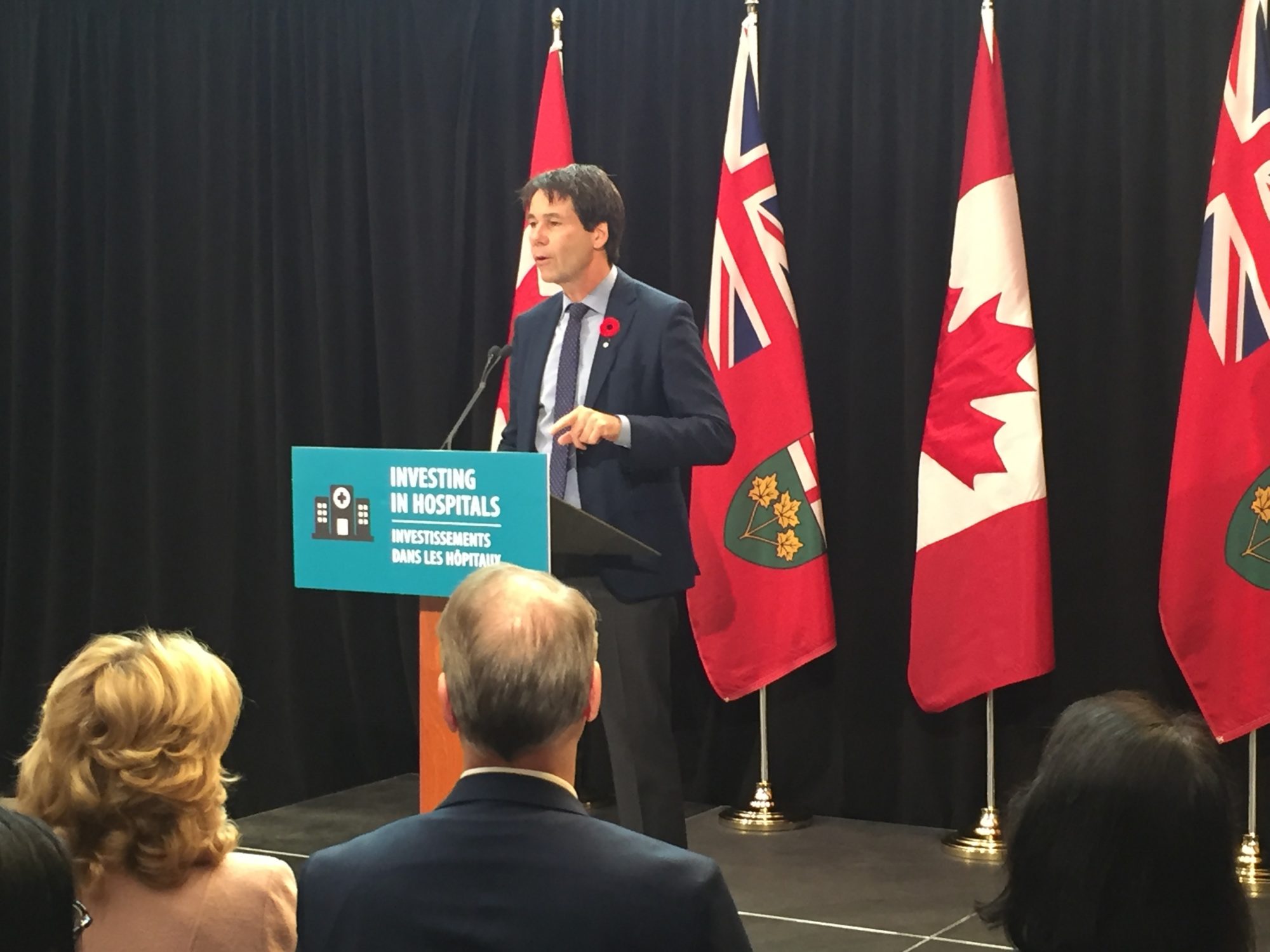 The province also announced that they will be funding Phase Two of the Peel Memorial rebuild. Phase Two will be a new multi-story in-patient care tower with over 100 new beds specializing in continuing complex care and patient rehabilitation. Carr says the new tower will connect with the existing development and will use the services available now.

The original plan was for this phase to open in 2024. The new development timeline will be created in conjunction with partners such as the province and the Local Health Integration Network.