The Peel Region Chair, representing the 1.29 million people who live in Peel and overseeing their local representatives, is possibly the hardest position to obtain.

That’s because the Chairperson of the Region of Peel hasn’t been directly elected by the people of Peel. Instead, the role is filled by a vote  by 24 council members of Regional Council from Brampton, Caledon, and Mississauga.

Anyone can be nominated into the process, but by keeping the vote to politicians only, it lends itself to creating voting blocs (Brampton and Caledon versus Mississauga, for example), or giving the position to another politician instead of a fresh face to lead the region as a whole.

The region handles issues such as policing, sewers, and public health — issues that don’t easily fit within municipal boundaries. The chair should represent all of Peel, but that isn’t possible if the chair is elected by those who would become their peers, instead of the collective population.

Some examples: Emil Kolb, already Caledon’s mayor, was Peel’s chair for 23 years, retiring at the age of 78. Frank Dale, a Mississauga city and regional councilor, elected in 2014, was the tie-breaking vote for himself to take over the position after Kolb. This was just two months after being elected as a regional councillor, wasting tax money to find his replacement.

The province is now attempting to usher regions across Ontario into the 21st century. Next election, the position of regional chair will appear on the ballot for residents to make the choice. It’s not a new idea; Durham’s regional chair was elected in 2014, and Halton and Waterloo have elected chairpersons for over a decade.

All of those three regions are similar to Peel, and face a slew of similar challenges such as curtailing urban sprawl, diverting more garbage away from landfills, and balancing the needs of rural and urban residents.

Most members of Peel region’s council have balked at the idea. Mississauga mayor Bonnie Crombie thinks it’s “a solution to a problem we don’t have.” Crombie has also insinuated that this may affect Mississauga’s willingness to stay within Peel.

Both of those sentiments seem childish, reflecting the GTA’s syndrome of municipalities that want to one-up each other, instead of working together to build a stronger region. It’s also contemptuous of voters who, in fact, see the lack of direct democratic options as a problem.

The only member currently fighting for the democratic process when selecting a regional chair is Brampton mayor Linda Jeffrey. “The region currently chooses [its] Chair through a flawed and undemocratic process. We must adopt a more transparent and accountable method,” said Jeffrey in a recent regional council meeting where members discussed sending a letter to Premier Kathleen Wynne to speak out against the new legislation.

Jeffrey is right. The regional chair’s election is the worst type of popularity contest, and the candidates are always limited to who-knows-who in the regional chamber, as opposed to reflecting what we the people want.

Democracy isn’t perfect, but municipalities are always looking for better and more open way to engage with the public. We’ve seen a huge improvement in the city and region’s public consultation and engagement over the past few years. Now it’s time for the political process to reflect that openness. 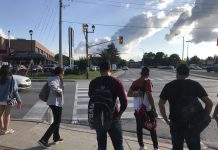 OPINION: Bramptonians Shouldn’t Have to Beg to Cross the Street 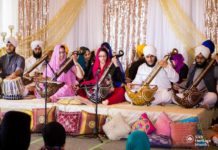