Bramptonist
Home instagram Peel Regional Council to take two seats from Caledon and give them... 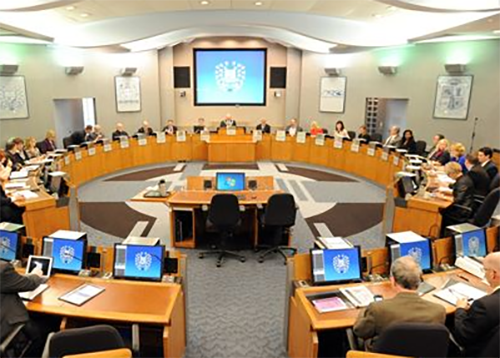 Caledon will have two fewer councillors at regional council in the 2022 municipal election, and Brampton will have two more. This comes after a bylaw was approved last week to make the change.

Brampton has been trying for 17 years for more representation at the regional level, according to Brampton Mayor Patrick Brown.

The reason this change came about is because of the current Peel Regional Council makeup. Mississauga has 12 councillors at the regional table, Brampton has seven, and Caledon has five.

What this means is that Brampton has a ratio of one elected official for every 97,371 residents, but while Mississauga has one for every for 65,742. Caledon has one for every 15,660, which is drastically different than the other two cities of the region.

“This is a step in the right direction,” said Brown. He added that he felt the approval of moving two seats was still a compromise from the perspective of Brampton. To have representation on the same scale as Mississauga

But Brown pointed out that what was being approved was a compromise from the city’s perspective, as the city would not be on par with Mississauga’s representation unless Brampton gained four more seats instead of just two.

Four out of the five Caledon representatives left the meeting in protest, but the motion passed.