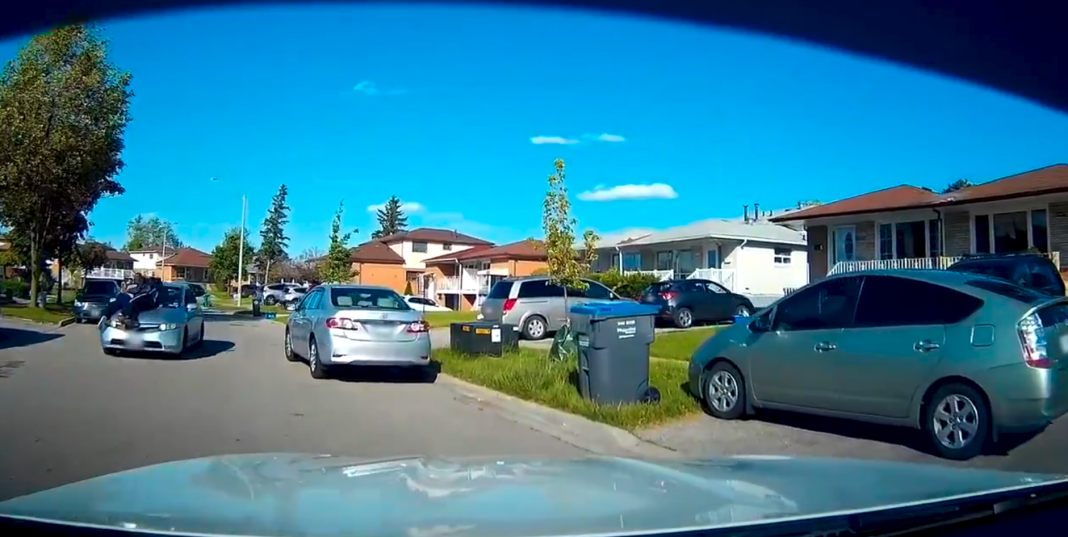 On Sunday, June 2, Peel police received civilian dash cam footage of someone riding on the hood of a moving vehicle in Brampton. Since then, they have been warning the public about the dangers of car surfing.

Police posted the footage on Twitter saying: “Surfing is when you use a surfboard to ride waves made out of water. Not using a car on a road made of asphalt. #CantBelieveWeHadToPostThis.”

“You hope to never see it, but there are some people who make poor choices without thinking of the consequences of their actions,” says Const. Akhil Mooken. “Falling off a moving vehicle not only has implications of serious harm to themselves, but potentially injuring people driving by. It’s unfortunate foolishness like we see in the video affects their drive.”

Section 178 of the Highway Traffic Act forbids people from “clinging to vehicles”. Mooken says that violation of the act can result in both the driver and the person clinging to the vehicle being fined. There’s also the possibility of the driver having their license suspended and other consequences issued by the Ministry of Transportation if they hold a G1 or G2 license. The driver can also be issued with criminal charges if the person clinging onto their vehicle is injured.

So there you have it: stick to surfing the waves and not cars.