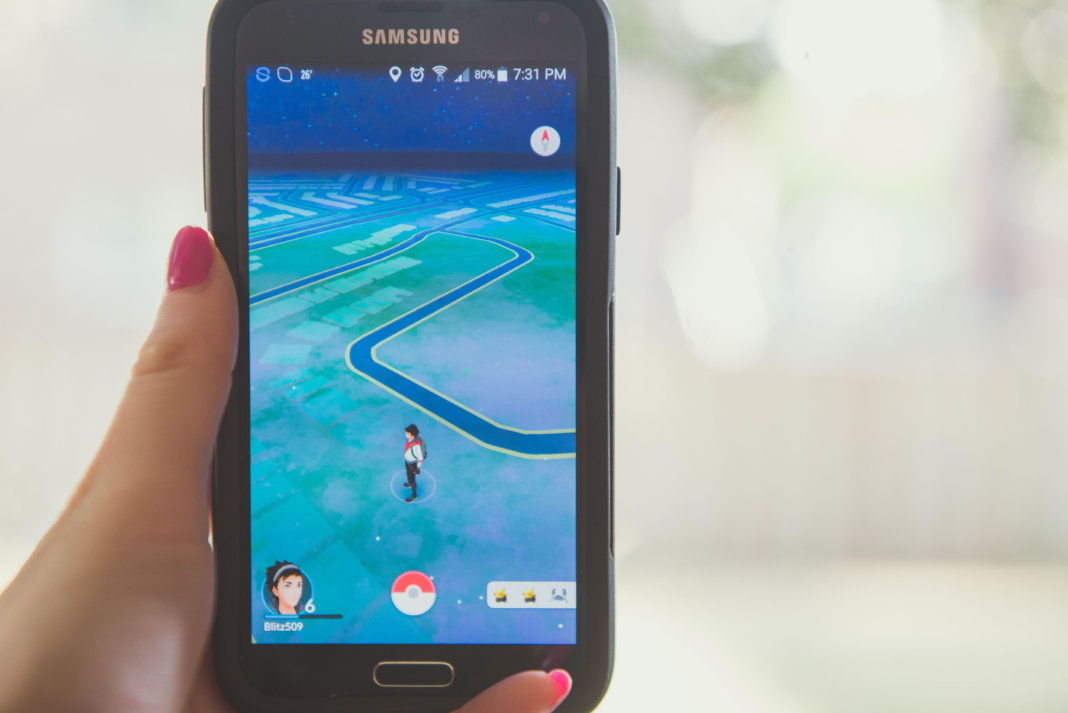 While officially released was on July 17, Pokémon Go players have been spotted in crowds all over the city since the app was unofficially two weeks ago.

PokéStops, where players get free items, and Pokémon gyms, where players battle each other, have been placed at bus terminals, parks, recreation and arts facilities, and at pieces of public art.

Where video games once meant sitting at home in front of a TV, this game is encouraging players to go out and explore their towns and cities, even if they’re still looking down at a screen.

Popular spots for the game include Gage Park, Mount Pleasant Village, and Chinguacousy Park. Gage Park and Garden Square, with free public wifi, attracts dozens of players a day and has made downtown Brampton more lively.

Even the Peel Art Gallery Museum, and Archives (PAMA), like many other museums and galleries, is embracing the game and the potential foot traffic. They will be hosting a Pokemon meetup on Thursday at 5:30 p.m., placing “lures” (a special game item that attract Pokémon to a spot) and inviting players to play the game.

Ruben Bustillo-Escobar, a visitor service guide with PAMA, will be hosting the event, giving players tips, while also offering a history of Peel.

The game doesn’t come without problems. PokéStops and gyms have automatically been placed at emergency facilities like fire and police stations, and hospitals. Late last week the city warned players not to congregate around emergency exits and driveways.

Players have also reported issues with city security guards in public spaces. In a the local Pokémon Go Brampton Facebook group, players have reported being kicked out of Gage Park at 11 p.m.

Players have also recently discovered that the power outlets at the Gage Park gazebo have been turned off; the app tends to drain the battery of mobile devices.

Johnathan Bruneau was told by city parks and recreation staff “that the outlets throughout Gage Park remain inactive unless there is a permit for use in the park.”

Natalie Stogdill, media coordinator with the city, says that “parks staff had to turn off the outlets in Gage Park for safety reasons.

The Electrical Safety Association requires outdoor electrical outlets to have a cover in order to operate. Yesterday, staff noticed that some of the outlet covers had been removed which meant they had to turn the outlets off. Unfortunately, all the outlets in the park are on the same circuit so they all had to be powered off.”

A Reddit user posted about being warned by guards that they were loitering by being in Garden Square after 11 p.m. on Friday night.

(b) For the purposes of this subsection only, the word “loiter” shall mean the act of staying at or near particular place for more than twenty minutes.

(c) every person who, without lawful excuse, the proof of which lies upon him, loiters within the meaning of this subsection, shall be guilty of an offence.

Stogdill says “The City understands that there are many PokéStops around Brampton. As a result, staff is currently reviewing procedures related to the Parklands By-law.”

Even without Pokémon GO, this bylaw could or possibly is harming businesses that want to open in downtown or Mount Pleasant by discouraging shoppers or restaurant patrons from hanging out in the square or park after their meal.

It also puts a bit of a damper on the recent engagement that has sparred from people actively playing the game in public spaces across the city.

Do you think the city should amend its bylaws to allow for use of public space after 11 p.m.?