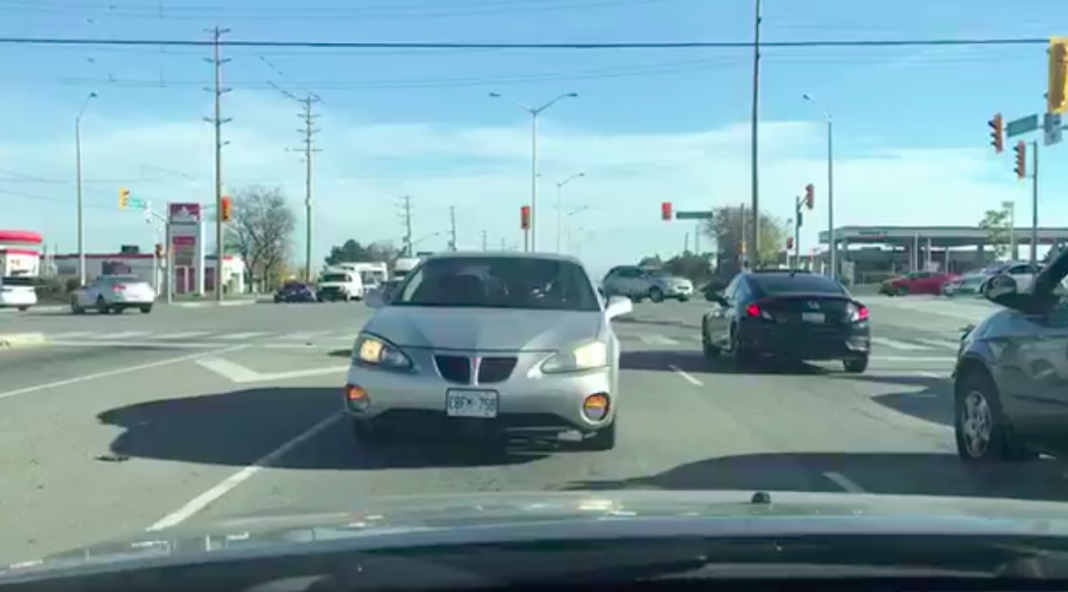 In a mix of total horror and intrigue, people have been watching the video of a Brampton man driving backwards around the city.

The video appeared on Twitter last week and has gotten thousands of views, retweets, and shares since then. It appears the driver had a broken transmission and could only reverse the car. The man drove at least as far as Dixie Road and Hurontario all the way down the Steeles, and maybe even further.

He even makes a left turn backwards at one point, and it would be impressive if it weren’t dangerous. But you have to hand it to him, he drives backwards better than some drive forward.

But the driver’s antics have caught the attention of Peel Police, who are now looking for him and he could face any number of charges.

“It is important drivers are aware of their surroundings at all times and they are driving appropriately,” says Peel spokesperson Const. Lori Murphy.

Thank you for bringing this to our attention, it is being investigated. #PRP advises to call 911 in future as this poses safety risk

Peel Police recommends that members of the public call 911 when they witness erratic driving or anything that poses a safety risk to the public.