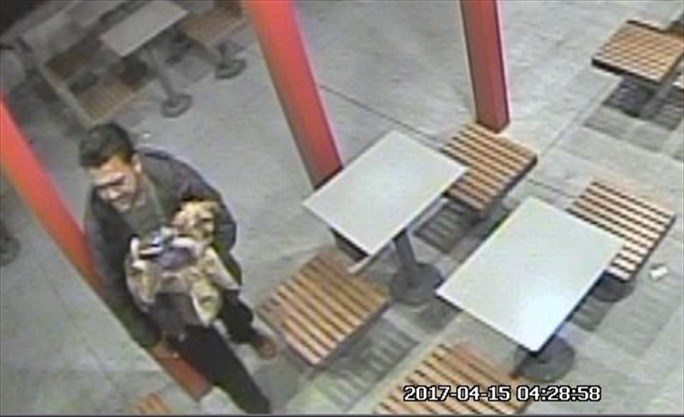 Peel Regional Police are looking for two suspects after a seriously injured dog was found at a McDonald’s patio in Brampton.

The incident occurred in the early morning hours on Saturday, April 15 at the fast food chain located on Bramalea Road and Sandalwood Parkway at around 3 a.m.

The incident was caught on video by cameras from the restaurant. In it, two men were seen at the restaurant’s outdoor patio with a Yorkshire Terrier.

The suspects spent several hours on the patio, vacating the area at around 10:45 a.m., but they left the dog behind.

The dog was located by employees of the McDonald’s location and taken to a local veterinary hospital.

Due to the extent of its injuries, it had to be euthanized, though police are not revealing at this time how the dog was injured. They have however made it clear that the dog’s injuries were inflicted upon it by the men.

One suspect is described as male, with short dark hair and a full beard. At the time of the incident, he was wearing a grey sweater, black pants and red and black Nike shoes.