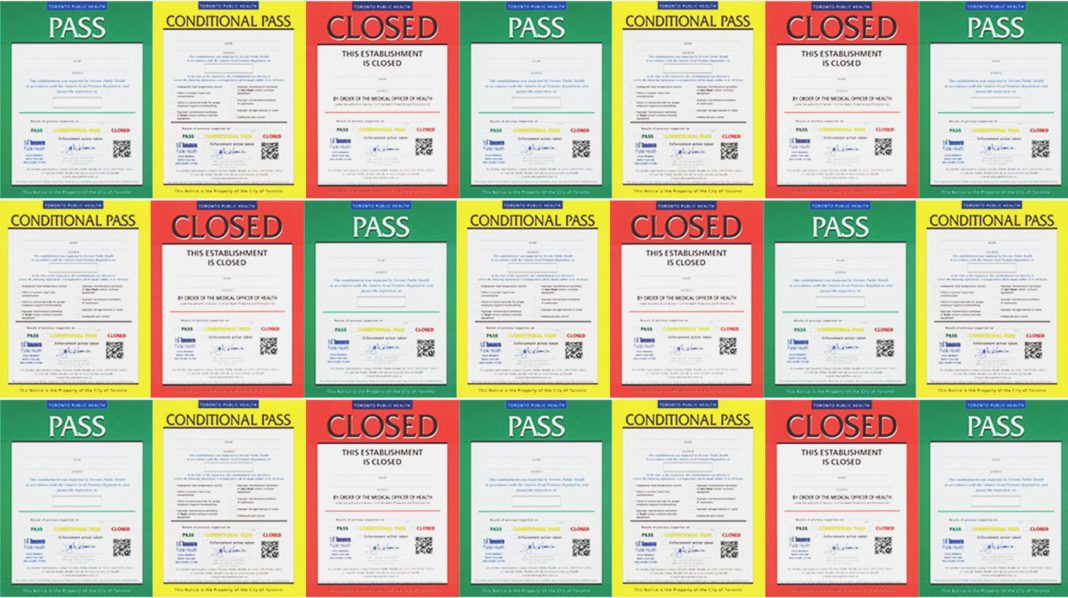 Brampton has been hit with a major restaurant closure and another conditional pass this week. Check out the details below.

The doors to Brampton’s Singapore Garden restaurant are sealed shut, and there is no indication yet if the popular eatery will re-open.

Peel Health conducted a routine food safety inspection on April 26th, and the outcomes were far from positive. Singapore Garden was closed for:

Despite its legacy for big portions and tasty dishes, the Singapore Garden had been riddled with negative rumours about restaurant maintenance over the last few years. The restaurant’s last routine inspection on December 8th allowed them a pass, but the bill of health wasn’t entirely clean:

The restaurant is likely scheduled for re-inspection this week but remains closed as of this writing.

On a happier note, Gino’s Pizza on Main passed its first routine food safety inspection since opening. The last two routine checks resulted in conditional passes, followed by a full pass upon re-inspection. As a popular pizzeria in the city, we’re happy that the restaurant has adopted more safety measures for health and food preparation.