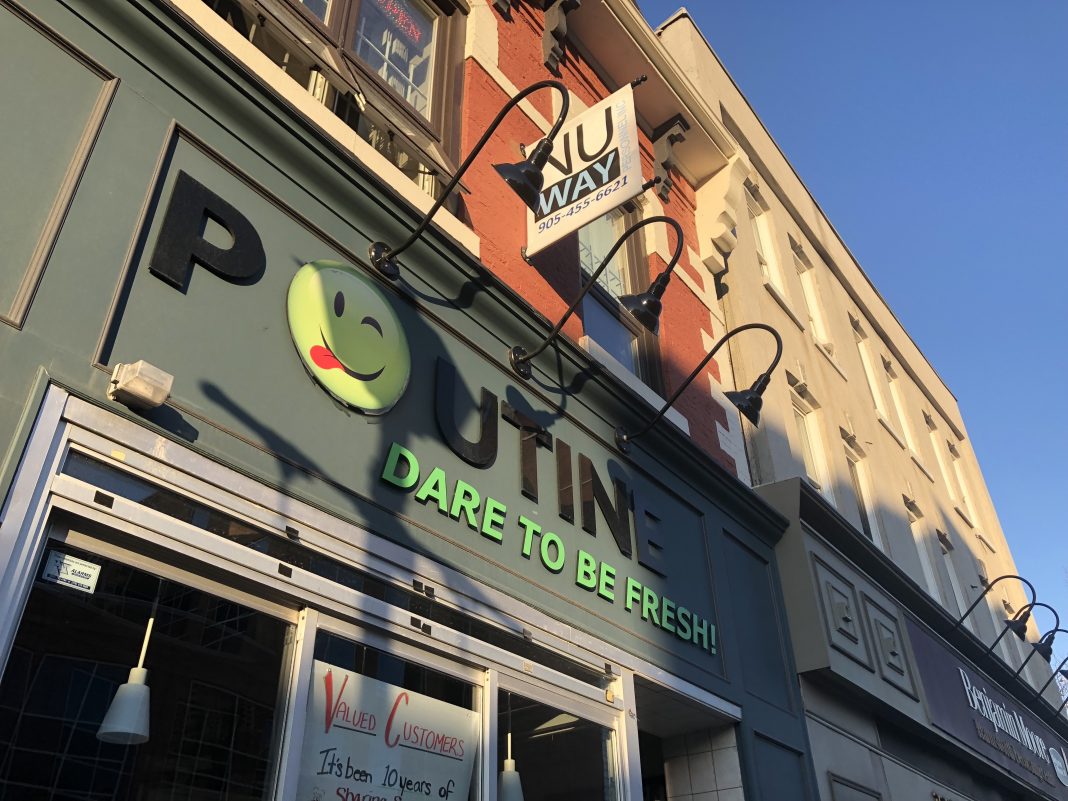 Popular Brampton poutine spot Poutine Dare To Be Fresh just announced that it’s closing its doors after 10 years in business.

The restaurant served up traditional Montreal-style poutine as well as poutines with a little more flare — including pulled pork, butter chicken, duck confit, and more.

The restaurant posted a notice over the weekend announcing it would be closing their doors. A specific reason for the closure wasn’t cited, though downtown Brampton can often be a difficult place for businesses to attract foot traffic.

Poutine Dare To Be Fresh held down the fort for a long time as the city’s one and only poutinerie with real Montreal-style poutine — cheese curds and all. It will be missed. Brampton isn’t completely without poutine though, as Smoke’s Poutine opened a location on Steeles Avenue just a few months ago.