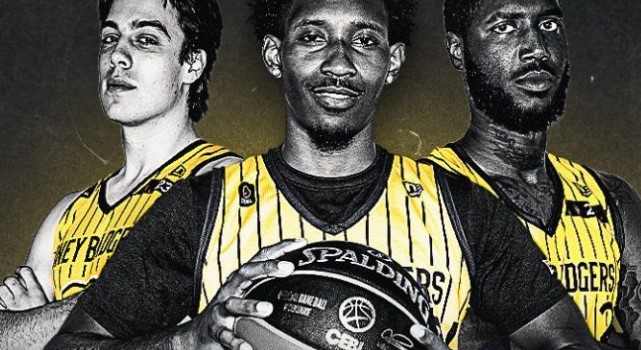 The Canadian Elite Basketball League (CEBL) and the CEBL Champion Hamilton Honey Badgers announced on Monday, November 28 that due to the closure of Hamilton’s FirstOntario Centre during the 2024 and 2025 CEBL seasons while arena renovations occur, the Honey Badgers are being permanently relocated to Brampton in time to begin play for the 2023 season, and renamed the Brampton Honey Badgers.

The Honey Badgers are the current CEBL champions and bring a winning tradition to Brampton. In the four seasons of the CEBL, the Honey Badgers reached the CEBL Championship game twice.

“We couldn’t be more excited than to be bringing world class professional basketball to Brampton, and to be able to relocate one of our most successful franchises to a city that has produced several NBA players and elite international stars is a big win for our league, for sports fans in Brampton, and for people across Canada who share our passion for basketball,” said Mike Morreale, Commissioner and Co-Founder of the CEBL. “Rather than playing elsewhere on a temporary basis during that time and relaunching the team again in 2026, the City of Brampton made it an easy decision for us to establish a permanent new home in one of the best basketball markets in Canada”.

“Brampton is excited to bring the Honey Badgers to our city for the 2023 season,” said Brampton Mayor Patrick Brown. “Brampton continues to establish itself as a hub of talent for sports and recreation, locally, nationally and on the world stage. We look forward to welcoming the Brampton Honey Badgers to our community and supporting and cheering them on this coming year!”

The Honey Badgers are led by team president John Lashway, a senior executive with the Portland Trail Blazers, Toronto Raptors and Toronto Maple Leafs for 32 seasons, by general manager Jermaine Anderson, a 14-year veteran of the Canadian National team program who played for 15 pro teams around the world, and by head coach Ryan Schmidt, who coached with the Toronto Raptors NBA G League affiliate before taking over as head coach of Hamilton in 2020. He now serves as head coach of the London Lions of the British Basketball League during the traditional basketball season of September through April, the off-season for the CEBL.

“I am proud to have been honoured by the City of Brampton in 2019 for work I had done there, and am grateful for the many genuinely kind, innovative, hard-working and community-minded friends I have made in Brampton,” said Lashway. “We are eager to make the Brampton Honey Badgers a contributing member of the community and important to people who are passionate about basketball and about making Brampton the best place it can be to live, work and play.”