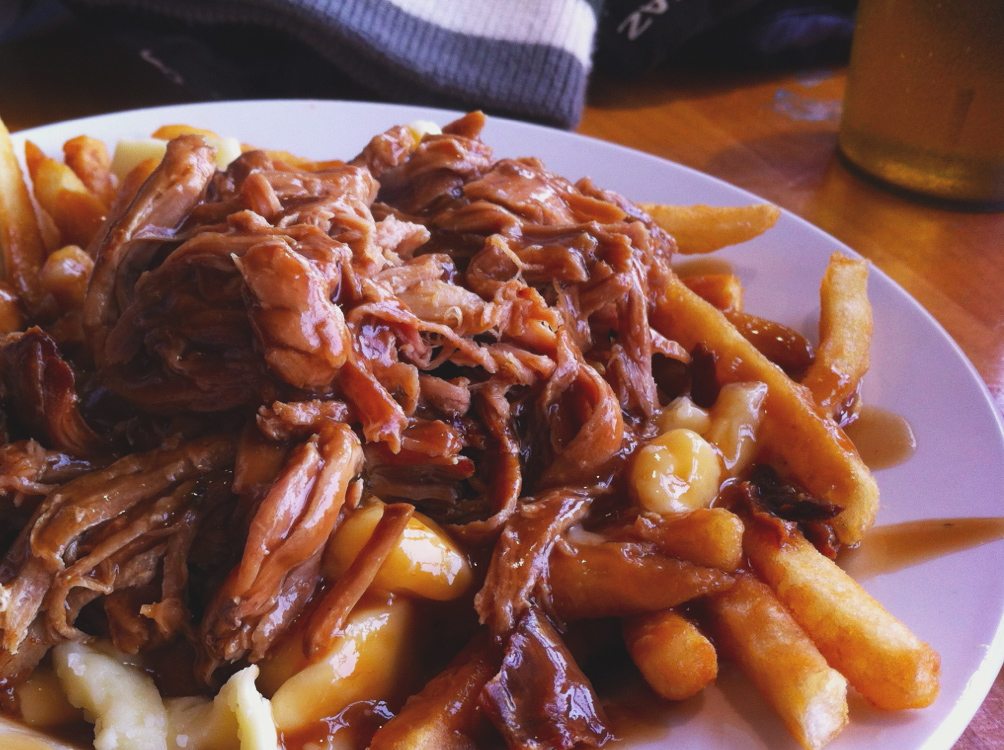 I’m pretty sure that pulled pork poutine — or Triple P as I like to call it — is one of the greatest things to happen to humankind. Man walking on the moon, the Internet and sliced bread are all cool in their own right too, I guess. But no one can deny the dynamite combination that is poutine — deliciously awesome in its own right — combined with pulled pork, an equally as delicious food.

Now that your mouth is watering, let me tell you where to gran some delicious triple P the next time the craving strikes.

RD’s Southern BBQ is nestled in a little plaza at Kennedy and Queen, across the street from Central Peel public school. The recently also opened a location at Hurontario and Derry.

RD’s mammoth poutine is called mammoth for a reason, it is a huge. If you’re in the mood to eat, and I mean really eat, then you’ll love this. The Mammoth features classic Quebec cheese curds, a mountain of fries,  gravy and a huge helping of their classic smoked BBQ pulled pork or beef brisket.

On this particular day I chose the pulled pork to top off my poutine and it was delicious. The fries came topped with a very generous helping of pulled pork and gravy, it was just the right amount for the mountain of fries underneath. At the risk of having to eat soggy fries, this isn’t a dish you’ll want to save for later though. You’re going o want to eat it right away, which can be tough because of how large the portion is. It might be a good idea to share with anther person.

Overall, a great poutine, the fires had enough crisp, but not too much, the smoked pulled pork — an RD’s signature — was also on point. Definitely the perfect thing for the late night post-bar munchies.