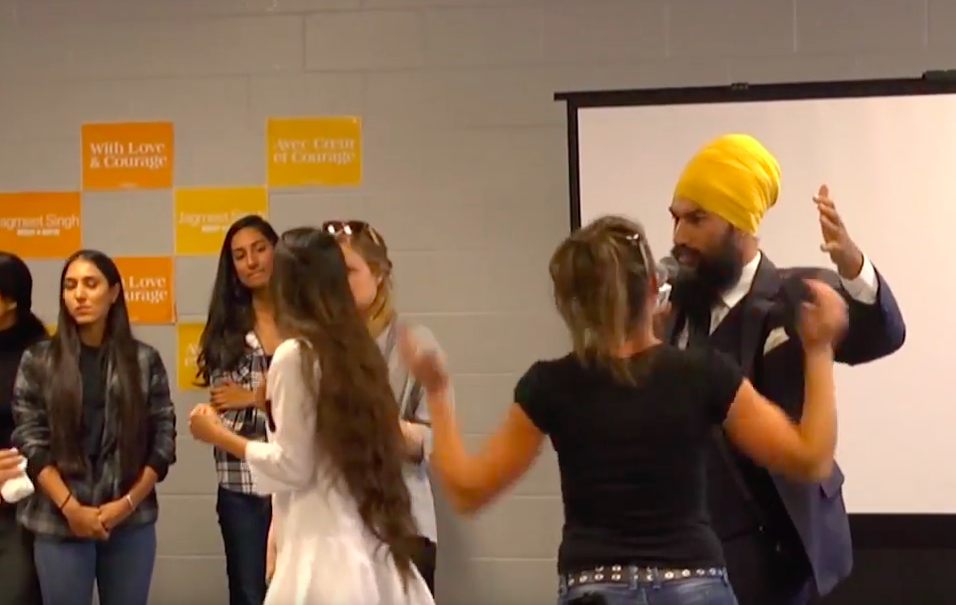 The woman who lashed out at a Jagmeet Singh campaign event last week has taken to YouTube to defend herself.

The racist rant at Singh’s rally has since gone viral and the footage, shot by local media organization Brampton Focus, has been picked up by outlets across the world. It has amassed millions of views and sparked social media outrage.

The woman, Jennifer Bush, has connections to Rise Canada, an anti-Islamic group based in Peel Region. She also has ties to Kevin Johnston, a former Mississauga mayoral candidate who tore up a Qur’an at a Peel District School Board meeting and was recently charged with hate speech.

Rise Canada has made no secret of the fact that they strongly oppose all Muslims. Not terrorists, not Jihadists, but all Muslims — woman, man, and child. They are also behind many of the rallies against Muslims being allowed to pray in Peel schools. Bush even appeared at a local event hosting then Conservative Leader hopeful Kellie Leitch, who has made no secret of her opinion of Muslims in the past.

Most of Bush’s social media channels have disappeared, so the YouTube video appears to be the only way at this time to hear what she has to say.

Watch the full response below.