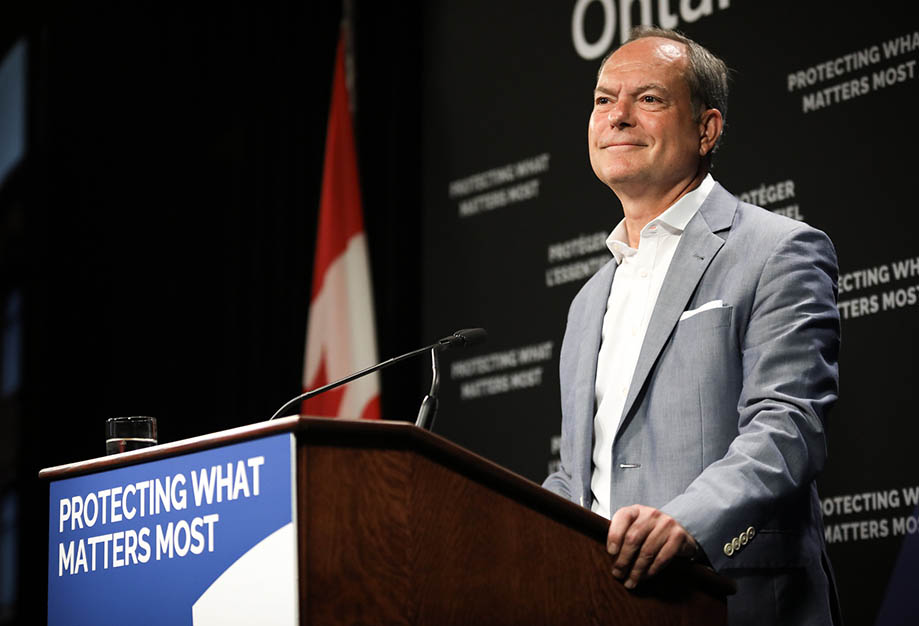 Residents can offer their input before Feb. 10 on Province’s website

January 19, 2023 – Ontario Finance Minister Peter Bethlenfalvy recently began the province’s pre-budget consultations for the 2023 budget with a visit to Brampton.

He spoke at an event hosted by the Brampton Board of Trade and gave a preview of the Ford government’s priorities for the upcoming budget.

The government plans to focus on rebuilding the economy, building infrastructure, and attracting labor, with a particular emphasis on housing.

Bethlenfalvy emphasized that the government is thinking long-term, taking into account the increasing number of immigrants moving to Canada and the aging population.

He highlighted advanced manufacturing, the energy sector, and “Ring of Fire” mineral extraction as areas of focus for rebuilding the economy.

For infrastructure, he listed investment in transit, health care, and education to address shortfalls and accommodate newcomers. Bethlenfalvy also emphasized the importance of attracting and training skilled immigrants to address a shortage of labor as the Baby Boomer generation retires.

“We have to compete for labour. We have an aging population. We have more people retiring than are entering the workforce. When you have people coming to this province (and) country, where are the jobs of tomorrow?” the minister said. “We’re competing against every developed nation (where) their population growth is decelerating dramatically.”

The pre-budget consultations will conclude on Feb. 10 and residents can offer their input on the government’s website.