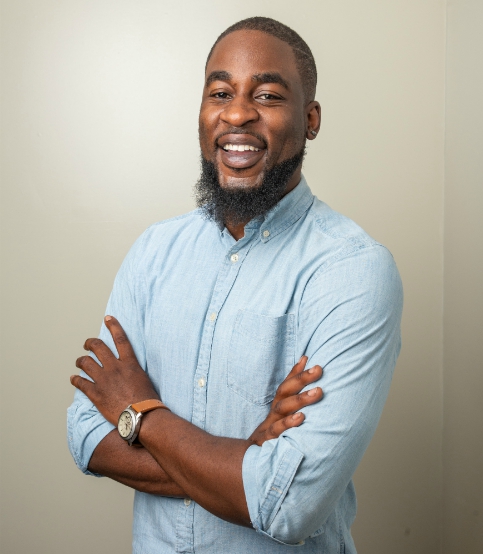 Everton Dwight Campbell, the eldest of three sons, born to Immigrant Jamaican parents, has lived in Brampton since 1992 where he completed most of his elementary and secondary education. After graduating from high school, he was awarded a partial scholarship to Oakwood University in Alabama where he studied Politics and Communications.

Everton’s love for Brampton was instilled in him by his mother, who often took him and his brothers to the library at Four Corners. An avid reader, he enjoyed reading about his childhood heroes such as Muhammad Ali, to Bruce Lee.

A naturally gifted leader and Orator, Everton was often asked to lead the youth services and give sermons at his church. His parents also instilled the importance of giving back to the less fortunate.

One of his first jobs was doing door to door fundraising on behalf of Sick Kids Hospital and World Vision. Everton also volunteered with Regent Park Focus, Direct Your Life (DYL), African Services of Peel and G98.7 FM radio.

Everton’s foray into politics started when he helped with the campaign of several politicians before starting his campaign. Also, Everton also helped moderate several debates during the Brampton Municipal elections of 2010 and 2014.

Of all of Everton Campbell’s accomplishments, his seven-year-old son is the greatest of them all. His son has become his motivated him to become a better person and has fueled his desire to create a better future for both his son and many other children.

Everton knows the struggle many students face finding employment as he experienced the same. When Everton returned home, he struggled to gain meaningful employment, which forced him to do any and everything from owning a Barbershop, becoming an Uber driver, background actor and general labourer.

Everton’s favourite quote comes from Wayne Gretzky,“ You miss 100 percent of the shots, that you never take.” That’s why he insists that everything in life is a lesson, and is only a failure if you don’t learn from it. This mindset coupled with his love of reading has provided him with a fearless state of mind that is ready to take on whatever is throw life throws at him.

My top 3 priorities will be:

Keeping Brampton Transit Public – Although Public-Private Partnerships (PPP) seem like a good idea for managing urban transit systems, the failures of the London Metro in 2007 and many of Australia’s transit systems suggests otherwise and have proven to be more costly to taxpayers.

Making Brampton an attractive business hub for Investors and corporations – Bringing more businesses to Brampton will not only help create new well-paying jobs but also keep more capital within the city as more Brampton residents would not have to look for jobs outside of the city. Finally, having more businesses set up in Brampton would also help offset the rise in residential property taxes which has grown out of control.

Reducing Crime and Poverty – Although Brampton is experiencing rapid population growth, the opportunities are not doing the same. On top of that, the lack of affordable housing is leading to a rise in homelessness and poverty within the city. Crime tends to flourish when poverty and feelings of hopeless are abundant. My goal is to help create opportunities that help people find meaningful and gainful employment. Along with creating opportunities for gainful employment, I plan on working with the other councillors in City Hall to ensure that builders and developers allocate a certain amount of residential developments for affordable housing.

I was really pleased with Council’s decision to have a Ryerson University Campus in Brampton. Having a university of Ryerson’s calibre will attract more students and international investment. Also, Ryerson is known for being a hotbed of entrepreneurship and startup culture which will also make Brampton a potential startup hub that can create more opportunities for Bramptonians.

I disagreed with the Council’s decision to not extend the LRT past Hurontario and Steeles since North of Steeles is still growing year by year. This move by Council was short-sighted in its approach, as they did not take into account how much development is going on in Northern and Western Brampton. An expanded LRT would have helped ease congestion as well as increase more ridership on the Brampton Transit.

5. Are there any other ideas from other cities that you would like to see
replicated in Brampton?

I would like to see Brampton create Business districts (according to different business sectors), Entertainment Districts, and Health Districts similar to that of Toronto. The creation of such districts has led to a sharing of creativity, innovation, and knowledge according to the respective sectors. Consequently, the proximity of said districts to City Hall, Queen’s Park as well as the local Universities and Colleges have assisted in shaping policy.

I would also like Brampton to emulate Mississauga’s urban planning that has led to the creation of mixed-use development within the city. As a result, Mississauga has become a vibrant place to set up business headquarters, live, shop and seek entertainment instead of a sleepy suburb.

I think the city has dropped the ball completely on infrastructure. Before approving new construction, or development ideas, we need to conduct relevant research which will permit us to commute across the municipality

more efficiently. I believe our problems stem from poor planning and a council that has been out of touch with its residents for decades.

One of my top priorities to address the issue of congestion and gridlock is to create a special team of engineers, urban planners and residents of the municipality to identify where the traffic choke points are.

Moreover, I will push for more articulated ZUM buses on the high traffic routes (e.g. #4 Chingacousy route) and also look at more efficient bus routes along streets that are not as congested thereby relieving a lot of the pressure on the major arteries in the cities.

Finally, I will push for more transit systems (i.e., York Region and TTC) to have access to certain key terminals within Brampton as we can do the same (i.e., 501 Buses to Vaughan TTC terminal and York University).

As we have had successful integration of having Mississauga Transit (e.g., 103 Express) come into Brampton and vice versa (e.g., 502), we know that this will be possible across all other neighbouring communities within the GTA.

I believe that Brampton’s 2040 vision is an ambitious undertaking that is long overdue, and will transform Brampton into one of Canada’s most, innovative, eco-friendly urban centers.

After reviewing the plan in its entirety, I see great potential, but we must be mindful of the taxpayers’ pockets. For example, if the plan was implemented, it would require the demolition of the Shoppers’ World Bus Terminal at Hurontario and Steeles, built a few years ago, which would be a waste of taxpayer money and time. We must be practical with our spending. I’m all for innovation but, I am strongly against the unnecessary spending of taxpayer money.

I believe that the city finances are not effectively utilized to help Brampton succeed. One such example of such inefficiency is the spending of $1.5 million for the Brampton Beast hockey team, without thought of how we would attract more spectators to watch Canada’s favourite pastime. Nothing against hockey, but this could have been better planned, in such a way that the city could benefit from ticket sales and increased attendance. Furthermore, the operational costs of those in City Hall are out of control and need to be addressed and contained.

I believe that if we are to tackle the demands for services and infrastructure renewal, we must target our pain points within the city that need the most attention rather than on pet projects of individual councillors. We must also engage those who are key stakeholders in the city infrastructure (i.e., creating a citizen oversight board who works with the bus drivers to help the management in planning the bus routes to meet the needs of the riders who use the buses the most).

I believe that the solution to addressing the uptick in spontaneous youth violence should be, youth engagement, relevant opportunities, and affordable housing.

Nothing against police but more police has never been the solution to crime. We need to seek ways to reduce poverty and increase opportunities. Let’s be honest everyone knows there is hardly anything for youth to do in Brampton. This must change! Because boredom, coupled with unaffordable housing, and minimal employment opportunities is a hotbed for violence. If the youth are our future, let’s put our money where our mouth is! It is time to invest in our most valuable resource.

More police would not be able to address the root of the issues leading to the violence in the first place. We need to address the violence from a community perspective where we try to address and help prevent youth violence. Prevention is the best approach, and if we do this we would be making life a lot easier for our officers.

I believe in Brampton! I bring fresh ideas and a unique outlook and what can help Brampton. Moreover, I believe that I bring a diverse perspective especially considering I’ve lived in both Canada and the U.S.

I have been involved in the political arena for many years, and I want to apply what I have learned, to help see Brampton thrive. A vote for Everton Campbell, is a vote for progress, youth, and diversity. I am young, energetic, and I strongly believe that public service is not a birthright. I was not born into a political dynasty, and the only thing I inherited was my parents’ passion for hard work and charity.

I was not born with a gold, silver or platinum spoon in my mouth and I do not believe that political office is a victory lap for those who are just looking to create a legacy for themselves after being in the private sector. I have something to offer to the citizens of this great city, and I want to make sure I do my part to help them.

I will always be accessible to my future constituents and promise to get back to them promptly whenever they reach out. I will be Regional Councillor to ALL the residents in my ward not just to some.

I believe that being Regional Councillor for Wards 2 and 6 is a privilege and honor bestowed by the citizens who live in the ward and therefore, I will be there to address their needs and concern.

As I am also a collaborator and team player, I promise to work with the future mayor and future council members where the needs of the city need to be addressed and served. However, I will also be the voice that calls out council when needed because Brampton’s citizens and residents come first.

I love Brampton, and I am determined to help put the city on the right path. Therefore on October 22, Vote Everton Dwight Campbell and believe me when I tell you that “I Believe in Brampton!” 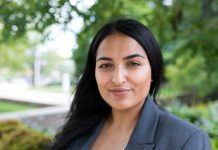 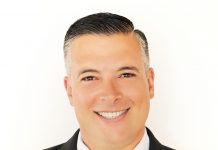 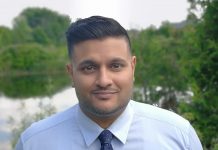 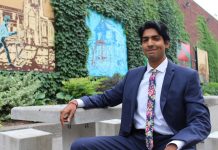