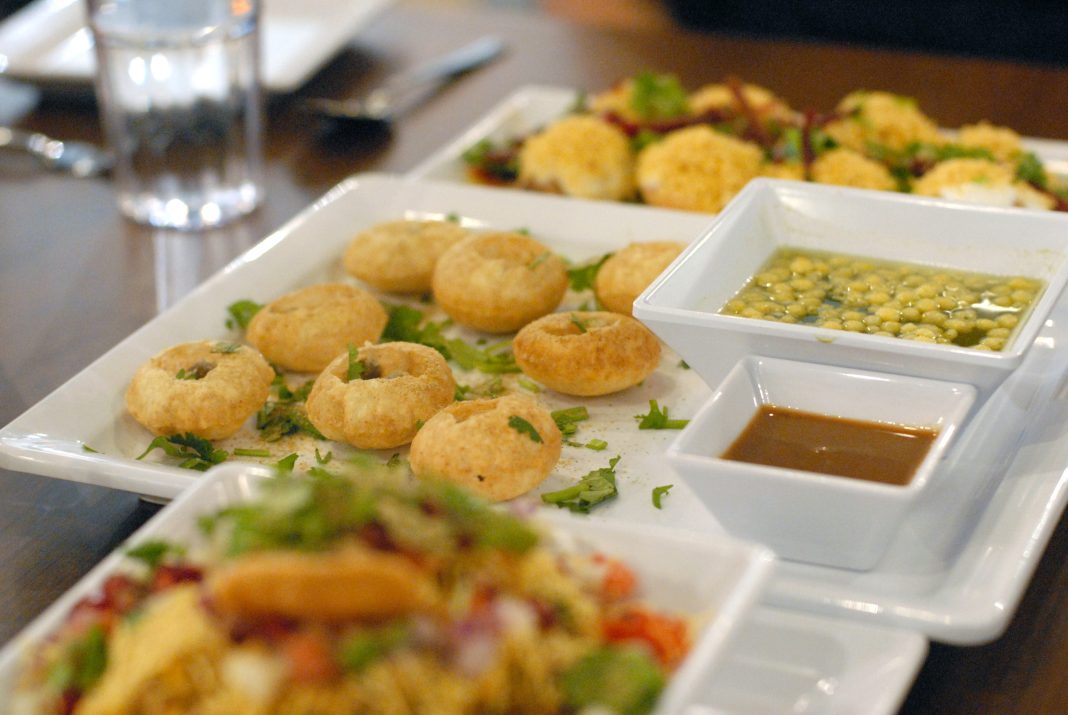 A well-known Indian street food franchise, Honest Restaurant, has opened up its 74th location — the first in Canada — in Brampton and it has line-ups consistently out the door.

Honest Restaurant hails from Gujarat, one of the northwestern states of India, and now marks the second Gujarati restaurant in Brampton. The restaurant started in 1975 as a small 12-foot street cart in the former capital of Gujarat, Ahmedabad. It now has locations in Gujarat, and other Indian provinces, and has expanded worldwide to Thailand, UAE and UK, the US, and now Canada.

Honest Restaurant is in the place Louisiana Seafood & Steakhouse used to be. When Louisiana closed down, Honest co-owner Meet Patel went in with two friends to purchase the property. He had only been in Canada for five years, but the infamous taste of Honest’s bhaji pav (essentially, a vegetable curry with toasted and buttered bread buns) was one he craved. It took just six months to get the restaurant open and running.

In order to open the restaurant in Canada and replicate the flavours as closely as possible, the team had to locally source fresh ingredients, and almost all spices are imported in from Honest HQ in Gujarat.

The decor is in the restaurant is beautiful. Colourful potted plants line the walls and the ceilings are full of geometric shapes, bringing an enormous amount of contrast and colour to the cream walls. The restaurant is filled with sunlight from the old garage windows facing Hurontario Street. 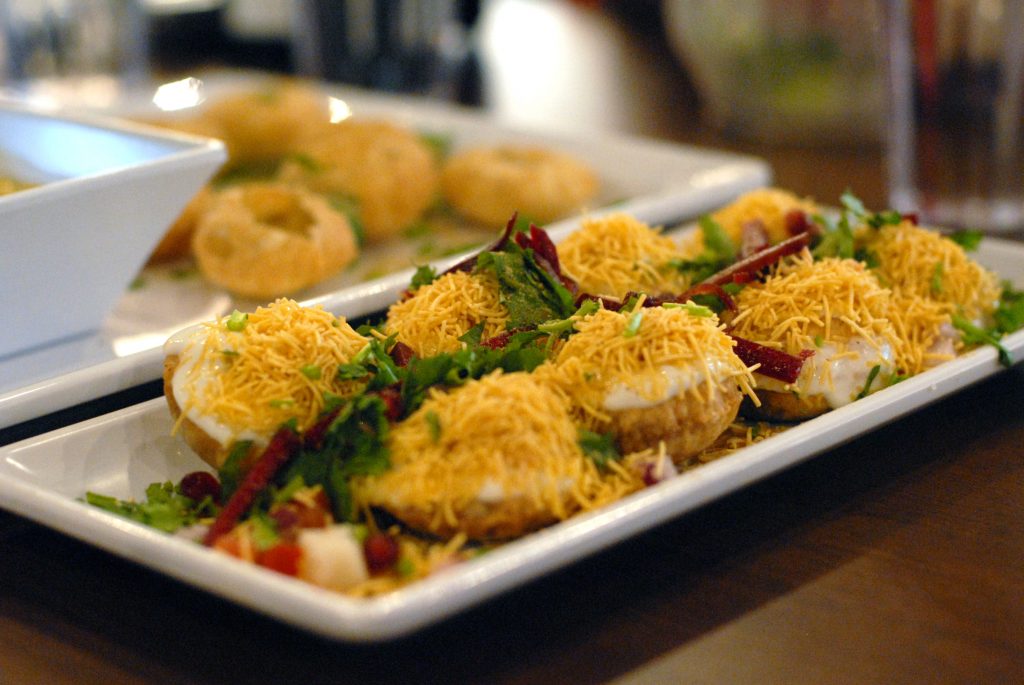 The restaurant is fully vegetarian, with some vegan options and it does not serve alcohol.

The pani puri ($5.99) is salty, savoury and spicy. Puris are crispy hollow wheat balls that fit in the palm of your hand and filled with boiled potatoes with black salt, spices and fresh coriander. Pour in a small spoon of sweet and tart tamarind chutney, and finally, the pani (water) is seasoned with green chili, mint, coriander, Honest spices, lemon and more, with little boondid — fried drops of besan dough — floating on top.

The dahi puri ($6.99) is mouth-watering. It starts with the same puri shells, stuffed with the potatoes, but is stuffed with tamarind chutney and coriander chutney on the inside, making it pop with contrasting savoury flavours. Then, it’s topped with a refreshing and slightly sweet yogurt, coriander, diced tomato, and crispy sev (looks like thin vermicelli but made with fried besan and spices). What makes this dish special is the fresh pomegranate seeds, amplifying the traditional textures and tastes within the dish.

The bhel ($6.99) is also a comforting mix of sweet and savoury, with another mix of fabulous, fresh textures. The bhel is made from crispy puffed rice, topped with potato and onion, coriander, tomato and fresh pomegranate seeds. The dish comes with the mango-date chutney, which when tossed with the mix, is aromatic and packs amazing flavour.

For those that crave a bread with a tapenade that isn’t just garlic, the masala pav dry ($5.99) will suit your cravings. It is made from pieces of pav that’s baked in-house and smothered in masala (Honest spices) then crisped with butter.

Now, the Honest expansion into Brampton came from the craving for one specific dish, the bhaji pav ($8.99). The pav (not with masala, just crisped with butter) is served alongside bhaji, a saucy curry made with pureed mixed vegetables and potatoes, topped with fresh onions and coriander. This dish consistently gets rave reviews.

On the Chinese side, we receive a dazzling bowl of paneer chili — dry ($9.99) served with capsicum and onions. Now, this dish came as a surprise — the paneer coating is crispy, sizzling and hot like a sweet Szechuan, and the two-bite pieces have a dense, spongy consistency. 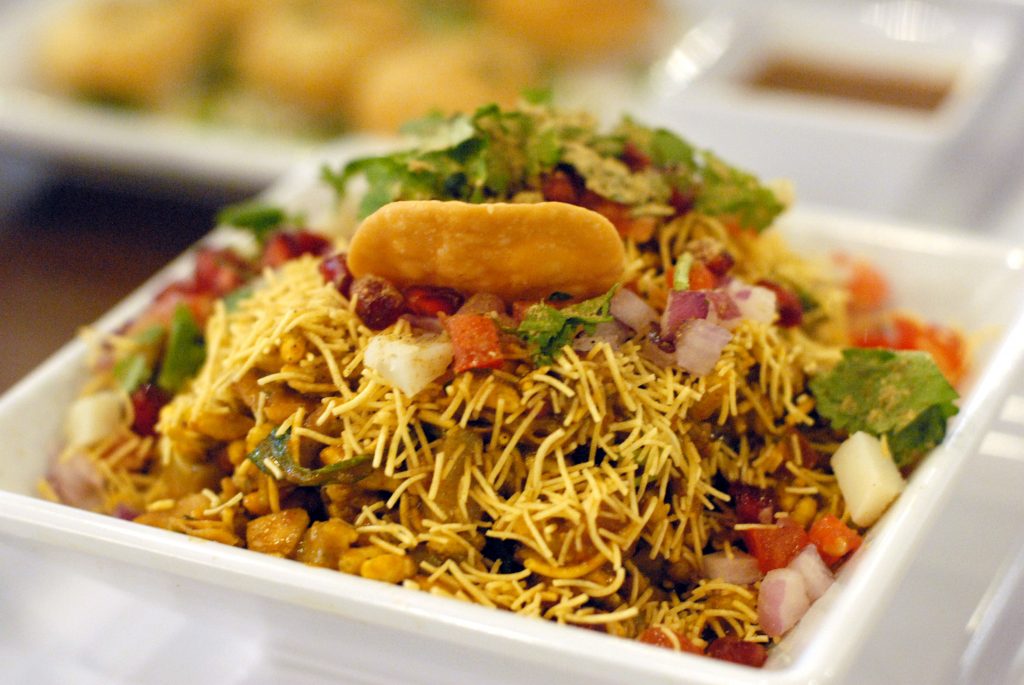 Honest’s double cheese pizza ($8.49) is a standard in Gujarat and far different than a typical Indian pizza from Brampton. The crust has the texture of a thick buttery cracker. The sauce is made from fresh roma tomatoes, is slightly sweet and is cooked down with a masala base. On top are diced capsicum and onions. Finally, the pizza is topped with grated swiss cheese — the closest substitute to amul cheese (which an not be imported into Canada) in flavour. The swiss cheese packs powerful flavours that are a bit of an acquired taste.

Not to be missed is the ice cream on their dessert menu. Each batch is made fresh in-house and the quality is noticeable. The butterscotch ice cream ($3.99) is a light and creamy concoction served with sliced almonds. The chikoo ice cream also comes highly recommended.

With its locally-sourced fresh ingredients, absolute dedication to original flavour and everything made in-house, Honest Restaurant is a very exciting addition to Brampton’s food scene.

Honest Restaurant is located at 1 Steeles Ave. East at Steeles and Hurontario. It is open from 4 PM to 10 PM Monday through Saturday, and 6 PM to 10 PM on Sunday. Visit them online at www.honestrestaurantsusa.com.