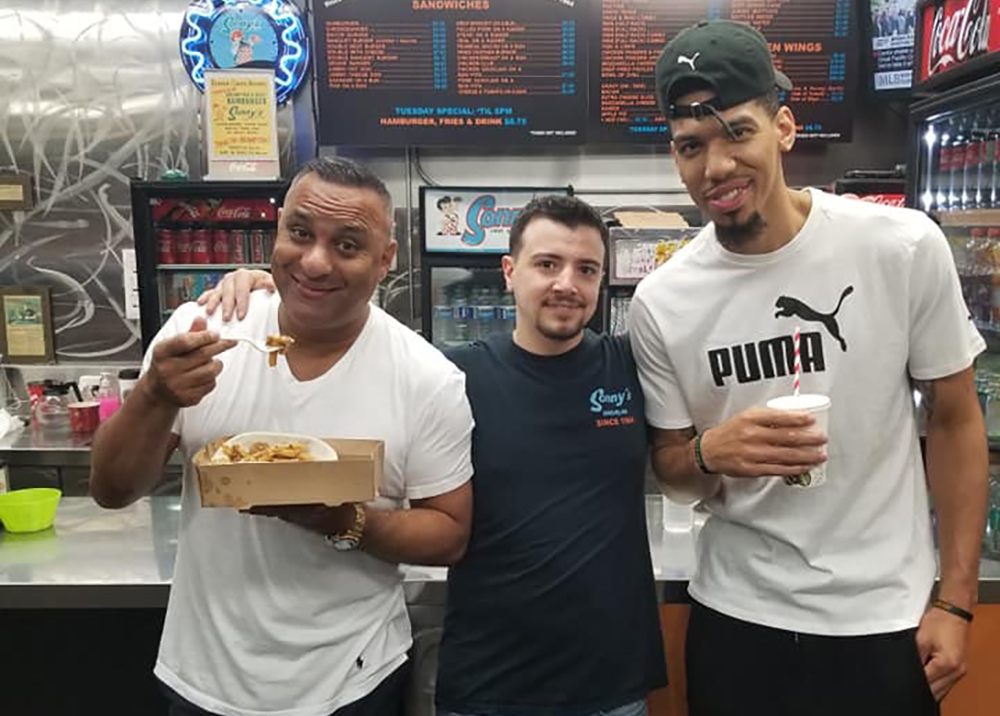 Two of the most well known names in comedy and basketball, Russell Peters and Danny Green, stopped by for a bite last night at one of Brampton’s most iconic restaurants.

Now everybody loves a good charbroiled burger or some onion rings from Sonny’s Drive-In, but it turns out Peters and Green also love the spot too.

The two were seen there late Monday night grabbing some eats, including poutine and milkshakes, which they enjoyed outside on the iconic picnic benches that have been there since the beginning of time.

Peters, one of the comedians in the world, is a Brampton native, so it comes as no surprise that Sonny’s is a go-to spot while he’s in town. Green on the other hand isn’t from Brampton, but may have heard about Sonny’s while playing for the Toronto Raptors last season.

Peters and Green weren’t just there for the food though, they were accompanied by a photographer and a cameraman so it appears they were there to film something, but it’s not exactly clear what.