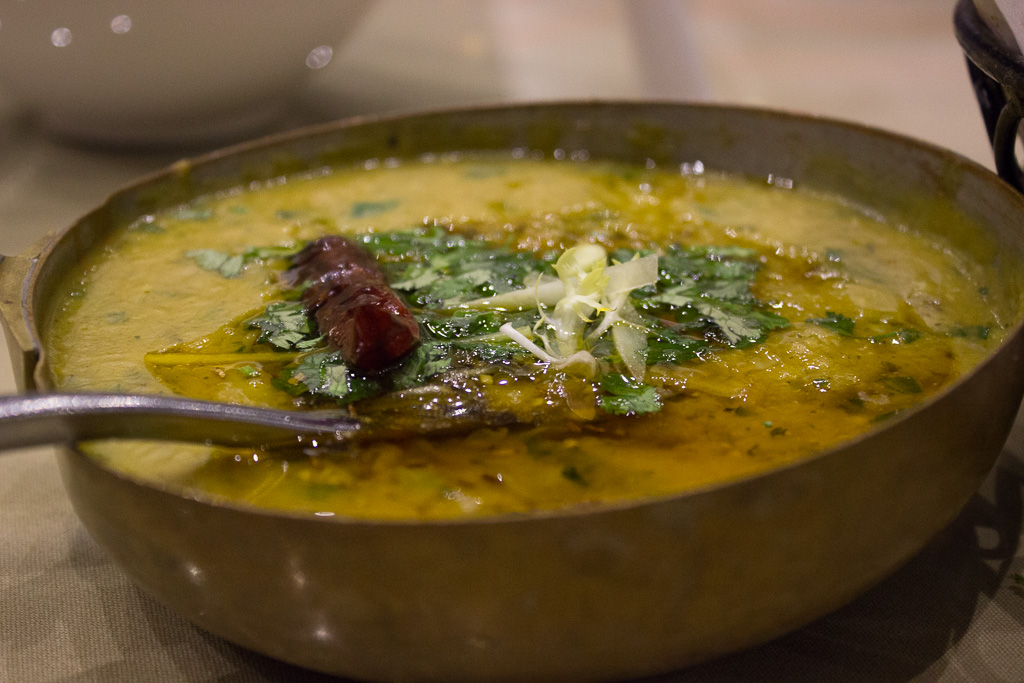 Khazana, an elegant, fine-dining restaurant located at 9121 Airport Road boasts an extensive menu and comfortable ambiance. Khazana describes its food as authentic Indian with a twist.

The restaurant has a classy feel to it with mood lighting, a tranquil fountain and instrumental music playing in the background. It offers a mix of cozy booths and comfortable tables, all set with cloth napkins and china shined to a tee. 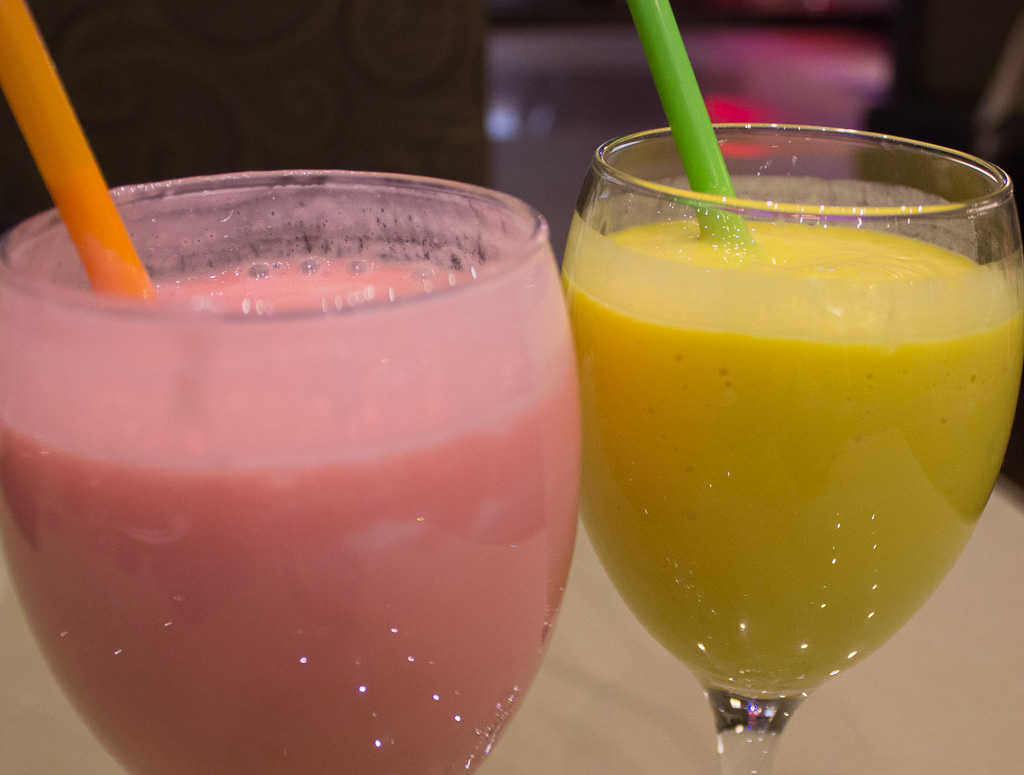 To start of our meal we ordered lassi ($5) a sweet, thick, yogurt-based drink and the Frontier Mixed Grill ($32) as an appetizer. The appetizer platter was made up of different types of tandoori Chicken and a Reshmi Kebab and Sunehri fried machli (fish). Surprisingly mild, much of the chicken was on the dry side. The machli wasn’t that flavourful either, but its crunch was satisfying, making this the standout among the apps. 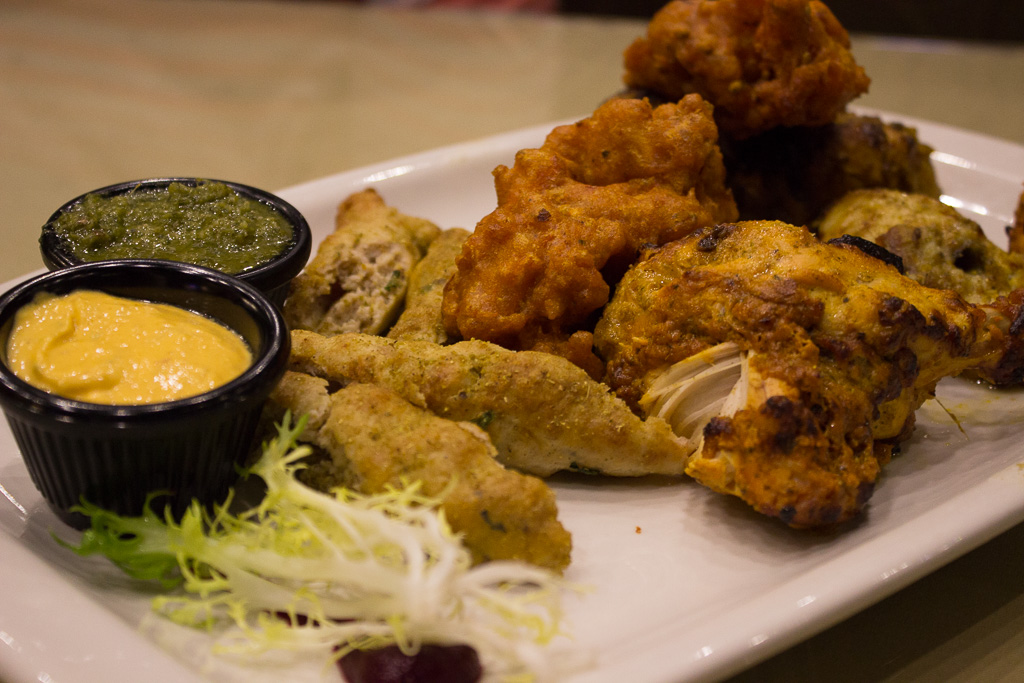 For the main course we had the 24K Dal ($16) which had simmered for over twelve hours. We got roti ($3) along with it, which was on the dry side. The dal itself was smooth and while it didn’t have the most intricate flavours, it was at least as good as it is in other restaurants.

We also tried the Lamb Shanks Gosht pulao ($20) which was nothing to write home about, being on the bland side. It was also served with a large shank of lamb which, while decently-prepared, didn’t excite the palate.

Even after our mains, we agreed the machli from the appetizer platter remained the standout item. 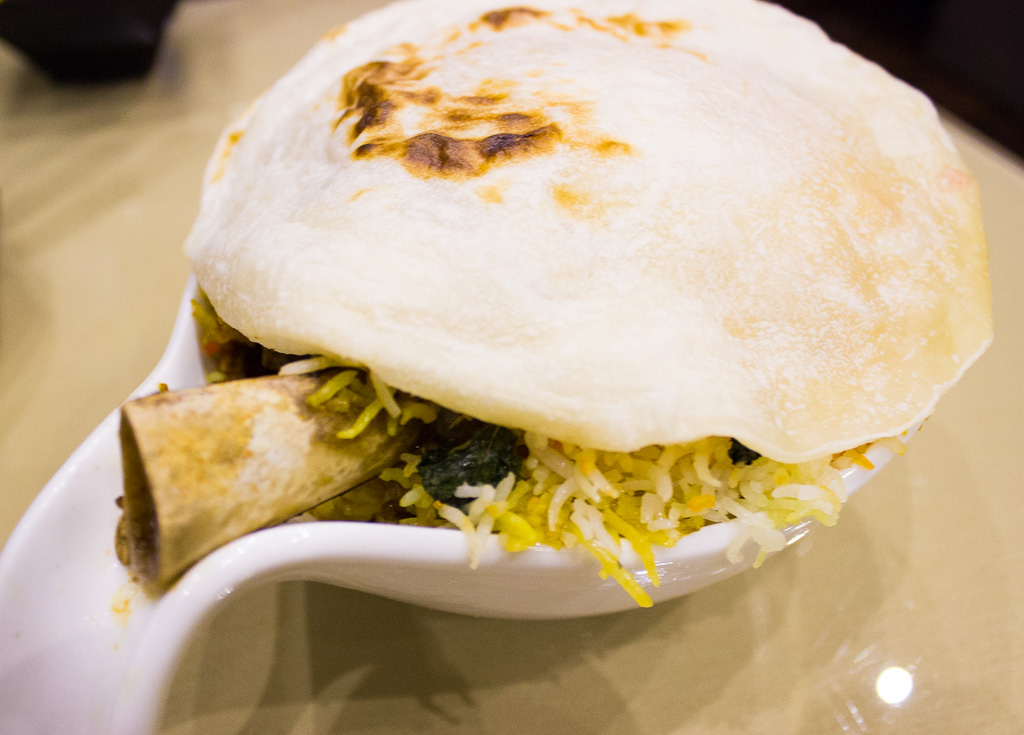 The dessert menu has fun names and innovative ideas but the execution left something to be desired.

We had the Make In India ($10) which is a dessert platter with a Sandesh cheesecake, dry fruit halwa and saffron basundi. This one didn’t live up to the hype. In fact, we wondered if the cheesecake was plated upside down because the graham cracker crust was on top and difficult to cut through. 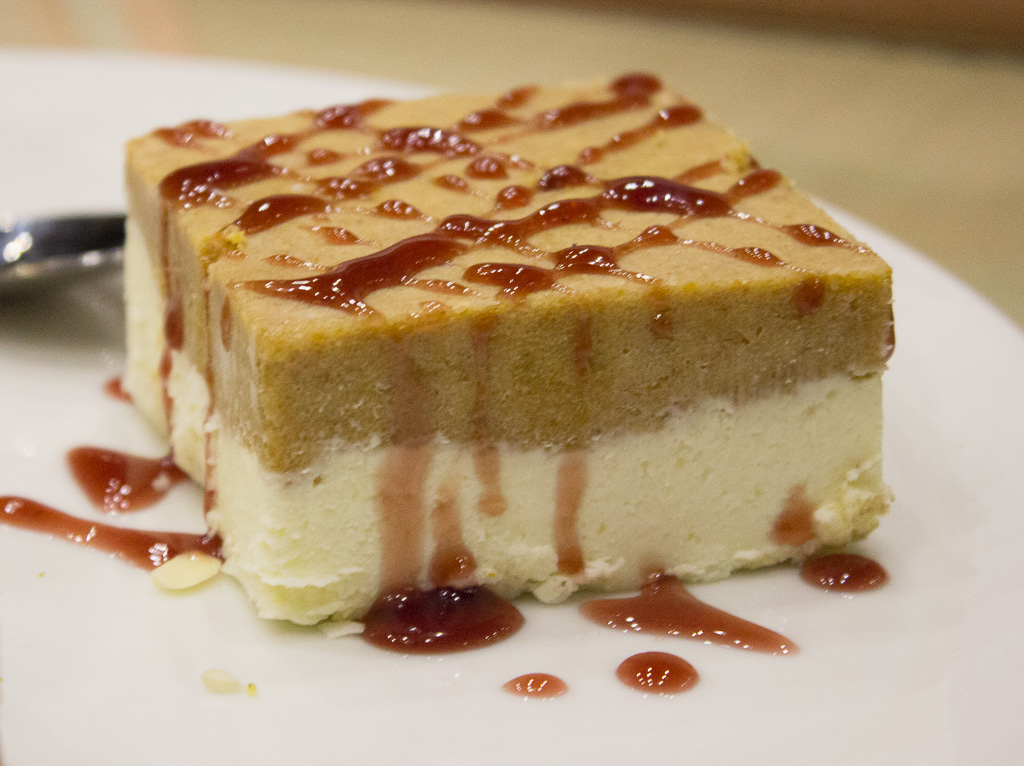 The restaurant has weekday specials and cheaper pricing from Monday to Friday during the hours of 11 am to 3 pm. It’s recommended that you give it a try during this time as a test drive. The food prices, given that Brampton has many cheap but delicious Indian food options, and given that the food wasn’t anything special, makes the evening prices seem unreasonable.

The drinks are the only average-priced things on the menu. Khazana has an extensive list of wines, beers, cocktails, scotch and other spirits. Given the ambiance, it’s a good place to grab drinks with friends.

The restaurant also serves brunch on weekends from 11 am to 1pm and has a decent kids menu with lots of options.