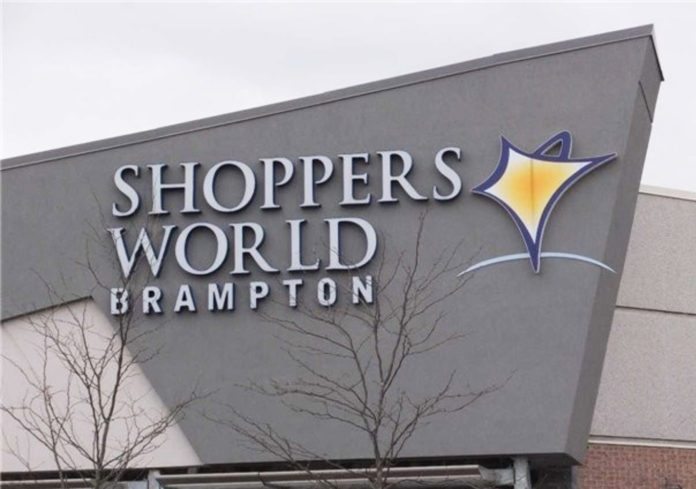 RioCan REIT revealed in a Globe and Mail interview that they are planning on redeveloping Shopper’s World Brampton.

The city of Brampton and RioCan have been working on a new master plan to redevelop the mall site to include over 1,500 new residential rental units.

The mall is also within the footprint of the proposed Hurontario-Main Street Corridor Master Plan, which identifies the site as a “Regional Centre.” New development at the site can be a maximum of 25 stories (78 metres).

Fogler Rubinoff, the law firm that represents the mall, argued for large-scale office uses to be permitted at the site, which was approved.

Shopper’s World is also at the final stop of the proposed Hurontario LRT, which will start construction in 2018 and finish in 2022.

Currently there’s no timeline for the redevelopment, but details will likely emerge as RioCan continues to work collaboratively with the city on the site’s master plan to redevelop the mall.

In the mean time, the former Target space will be replaced by JYSK (Danish household goods chain), Goodlife Fitness, and a relocated Staples this year.

Shopper’s World Brampton was built in 1969 as Brampton’s first indoor mall, with 25 stores including a movie theatre. The mall had originally proposed to include a hotel-convention centre, as well as office uses, but those plans did not materialize. It has been renovated and expanded several times since then, but has been in considerable decline for years.