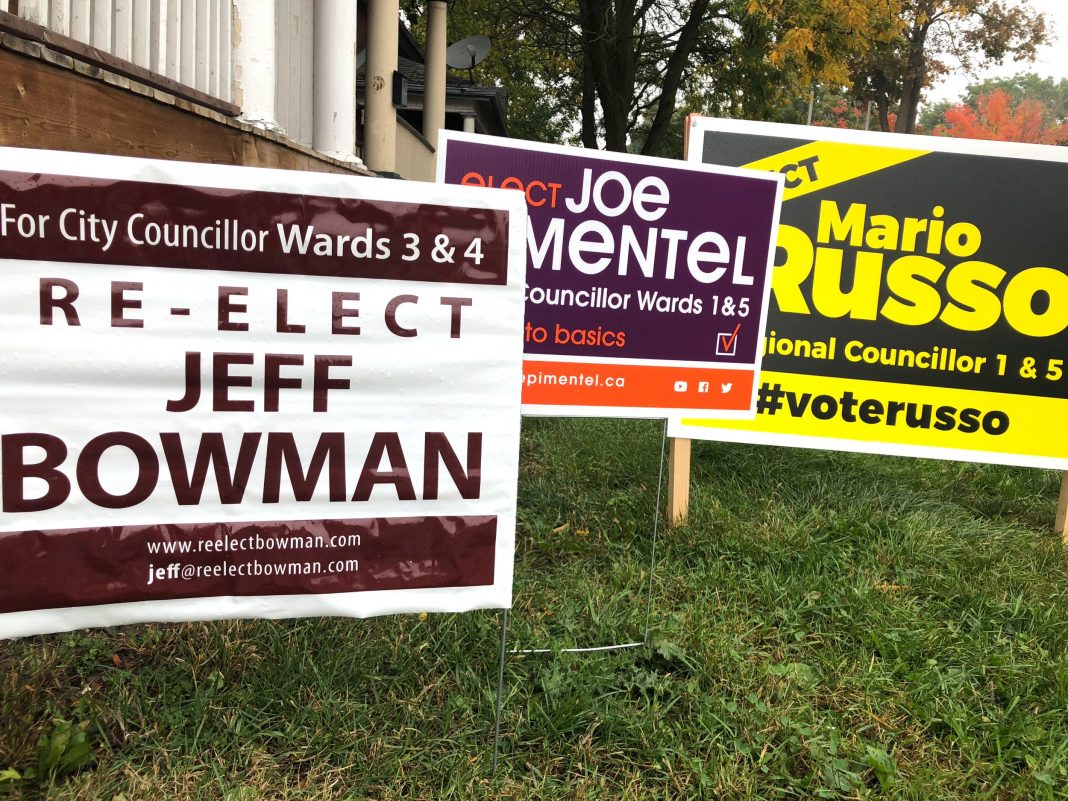 The war ultimately plays out at the polls, but leading up to that, there are plenty of battles fought along the way. One such fight is the battle for lawn real estate.

Signs may seem archaic, and definitely not at all environmentally friendly, but they can influence how people vote and how they perceive candidate popularity in their neighbourhoods.

Things always get crazy in Brampton around election season when it comes to candidate signage. Signs start popping up on lawns and at intersections and other properties across the city, but not everybody’s playing a fair game.

It’s only the first week of October and allegations about candidates breaking the rules are already circulating. Some overzealous candidates have placed their signs early, and in areas that are prohibited.

It isn’t just a free for all though, there are rules that should be followed. Candidates must have permission before placing signs on lawns, for one thing.

One common mistake candidates make is placing signs in between the sidewalk and the roadway on boulevards. This piece of grass is technically owned by the city, and campaign signs aren’t allowed on city or school board property.

Signs also aren’t allowed on the road right-of-way, within the “visibility triangle” of an intersection or on noise attenuation walls on city property.

There are also multiple reports of campaign signs being vandalized and torn down, and signs have only been up since September 29.

Signs that are placed lawfully shouldn’t be moved, damaged or removed without consent from the candidate or property owner.

Anyone found breaking the rules could pay up to $5,000 per offence. In past elections, the city has handed out dozens of fines, and that will no doubt be the case this time around.

Not one election goes by without some residents reporting signs popping up on their lawn without permission. When candidates have campaigned for months, sometimes residents may forget who they’ve granted permission to, or in cases where properties have multiple units, things can get confusing.

If a sign pops up on your lawn without permission you have the authority to remove it yourself, call the candidate to remove it, or report it through 311.