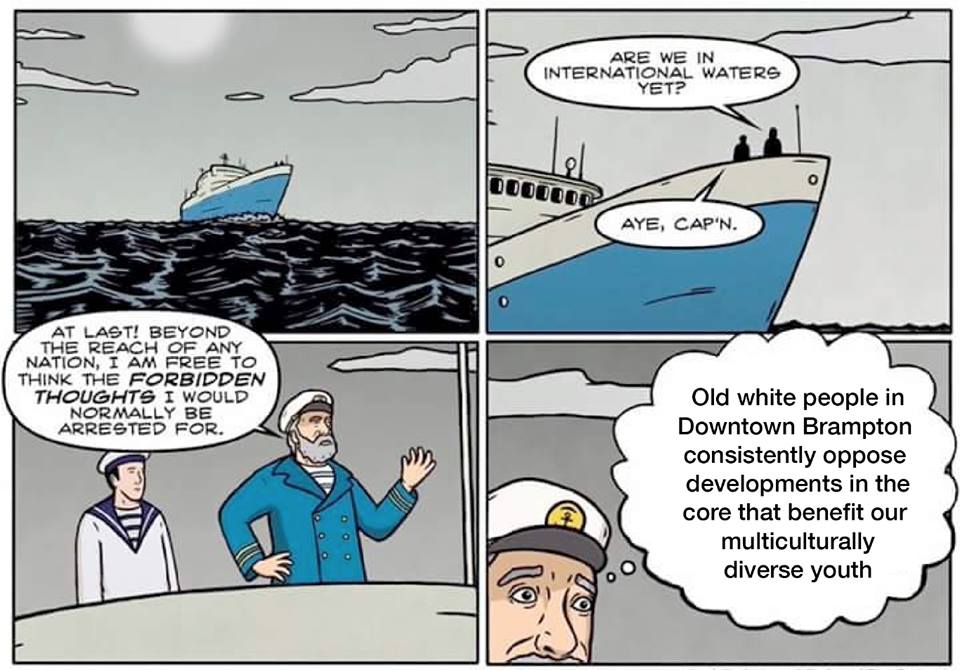 The last 3-and-a-half years have been contentious for Brampton. Some of the Fennel-era drama seeped in, old issues were resurrected and couldn’t be laid to rest, and the current council couldn’t see eye-to-eye on the major issues.

For some, this election is seen as a way to maintain the status quo and allow Brampton to continue as-is, and for others, it’s a time of reckoning, where the public is ready to cast out councillors who they think have done the public wrong.

Nonetheless, no one anticipated that the politics would start so early. It’s only January and shots are being fired, politicians are already being called out, and lines are being drawn on majors issues in the city. A slew of political comics and memes have been popping up on Facebook lately, and they aren’t holding back.

Names are being named

Council has had its fair share of flubs, one of the biggest being Councillor John Sprovieri’s remarks about white people having built Canada and that immigrants to this country should “learn the values of the white people”. The issue got coverage widely across GTA news outlets (and elsewhere) and sparked a conversation about racism, tolerance, and representation in local politics.

Truth bombs are being dropped

Brampton has had an issue with sprawl for the past decade, and no one has figured out exactly what to do about it. Houses keep being built, so resources like roads and bus routes need to be built to accommodate communities popping up on the outer areas of the city. In turn, property taxes need to keep going up to cover the cost of providing services to growing communities.

The thing is, higher-density dwellings like condos tend to pay more property taxes than a subdivision of single-family houses. Despite this, lots of residents scoff at and downright oppose building anything outside of single-family dwellings. So, while they are upset at the prospect of living near or beside a tall building, they are also angry about rising property taxes. High-density housing could lower taxes, so they’re overlooking an obvious solution. 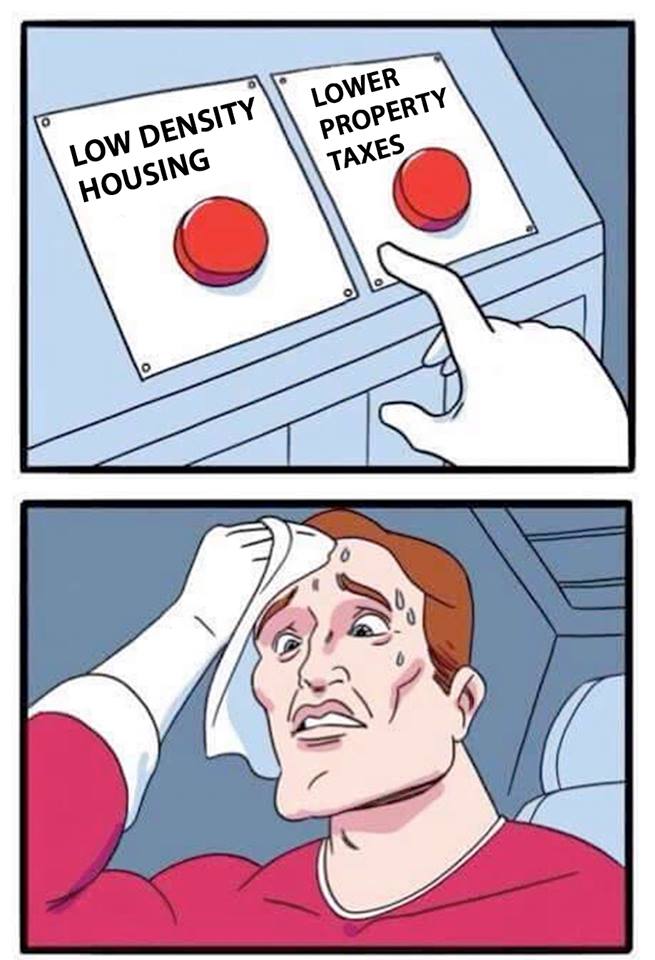 Council’s spending decisions are being questioned

7% for raises, $1.5 million to the Brampton Beast, turning down $400 million in transit funding — all of these are decisions that have sparked heated public discussion over the past three years. The latest is a controversial decision to purchase a money-losing golf course for $11.6 million and transform it into a recreation centre in an area that doesn’t seem to need one. 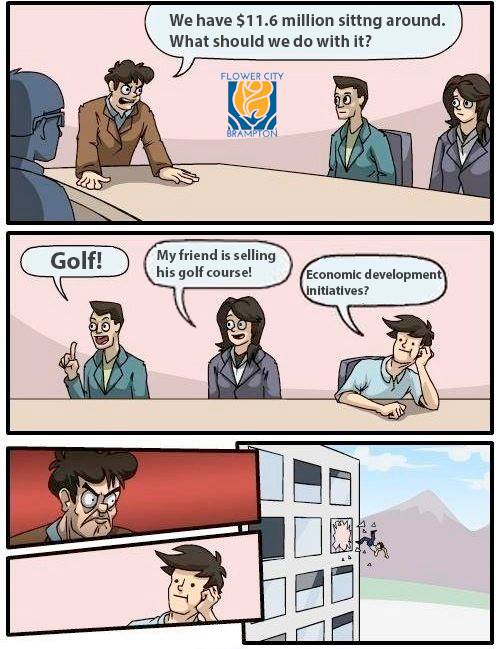 There’s no doubt that the political climate is poised to heat up over the next few months as we flow into election season, which means these probably won’t be the last political comics and memes we’ll see about Brampton.

Want more comics and memes about Brampton? Find them here.