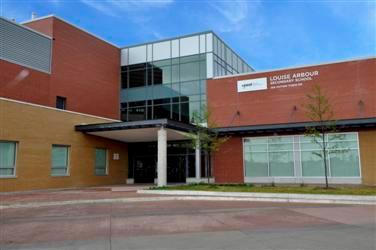 It’s no secret that the world is facing unprecedented issues never before seen by previous generations and the students at Louise Arbour secondary school in Brampton are learning to tackle these key issues head on.

The school, named after a distinguished Canadian who made significant contributions to the justice system and in advocating for human rights, is tasking all grade 10 students with completing a social action project.

The project encourages students to take action on social issues affecting Bramptonians and society at large. Students have chosen to tackle a number of issues including gun violence, domestic abuse, pollution and animal cruelty.

On Tuesday, some students were recognized by Ruby Sahota, MP Brampton North in the house of commons for their hard work and remarkable commitment to bettering the community.

Watch MP Sahota’s remarks in the House of Commons below:

“Mr. Speaker I rise before this House to recognize a High School in my riding of Brampton North and the great social activism undertaken by its Grade Ten students. Louise Arbour Secondary School is named after a distinguished Canadian who is recognized for her contributions to the Canadian justice system and for her dedication to advancing human rights throughout the world.

For this reason, all Grade Ten students at Louise Arbor Secondary School are tasked with completing a Social Action Project. I had the great privilege to meet and hear from the following dynamic students, Arman Bhangoo, Ishdeep Binepal, Gurveer Gill, and Jaspreet Heer.

These students have begun to take action on issues that they have found to be of vital concern to Brampton and Canada as a whole, issues such as domestic violence, air pollution, gun crime, animal abuse, and school violence, just to name a few.

As their representative in this House, I want to recognize them for their dedication and passion and encourage them to stay engaged in their communities. I applaud the efforts of the Peel District School Board, the administration and teachers at Louise Arbor Secondary School, and of course, the students who make me believe that a better Canada is not only possible but inevitable.”