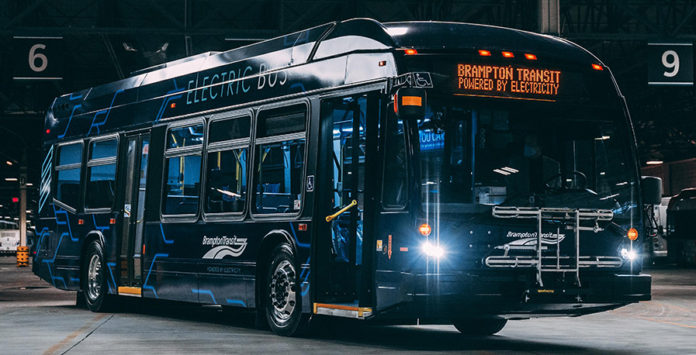 Notice something different on City roads this week?  Brampton Transit has launched their new electric-powered buses.  The rubber has finally hit the road.  Eight new buses.

Yes, other City’s have electric buses…So what’s so special?

What makes this project unique, is that It will be the first in the world where vehicles and chargers from different bus manufacturers can be added to the fleet because they are compatible with one another.  As a result, different buses can plug into one another’s charging infrastructure in order to recharge.

The other unique feature of this project is the on-road charging options.  Whereas electric buses in other cities need to return to the transit depot to be recharged, Brampton’s new electric buses can be charged on the road.  And it only takes less than 10 minutes to complete a full charge.

The new electric buses will be initially on Route 26 Mount Pleasant, and then followed by Route 23 Sandalwood. Four high-powered (450 kWh) overhead pantograph on-route charging stations have been installed at the Mount Pleasant Village terminal, the Queen Street/Highway 50 Züm station, and the Sandalwood Transit facility.

“This deployment makes Canada a hotbed of electric bus innovation. The growth of the Pan-Canadian Electric Bus Demonstration and Integration Trial with the City of Brampton’s successful deployment this year is helping to ensure transit agencies, cities and the federal government get the greatest bang for their buck by allowing them to pick from a variety of competitors whose systems all work together”, says  Josipa Petrunic, President and CEO of CUTRIC, “This project has shifted the entire industry towards interoperability and standardization. This is good news for taxpayers and great news for transit riders. This project is also creating new low-carbon technology jobs and attracting foreign direct investment by major companies in Brampton, Ontario and Canada, which is more critical than ever as we work to recover from the COVID-19 pandemic.”

In addition to the innovation, the electric-powered bus project supports climate change initiatives established by the City.  According to Brampton Councillor Paul Vicente, who Chairs the Public Works Committee, “Brampton City Council is dedicated to reducing our city’s carbon footprint. We are on a journey to reduce greenhouse gas emissions generated in Brampton by 80 percent by 2050.  I encourage everyone to keep an eye on the roads for Brampton’s first electric buses, which will save approximately 235 tonnes of CO2 per year, per bus!”

Speaking of public transit, the province has completed excavation of twin tunnels under Highways 401 and 409.

With the new tunnels, Metrolinx can now proceed to install new rail tracks, signals and communication infrastructure.  The expansion is proceeding to deliver on faster two-way all-day GO Train service from Toronto-Brampton-Kitchener.  The goal is for GO riders to have access to commuter trains every 15 minutes with less travel times.

Click on this link to see a drone going through the tunnel during construction…very cool. 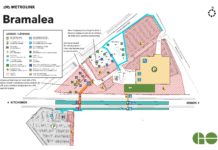 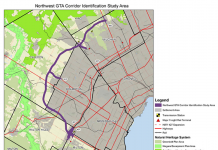