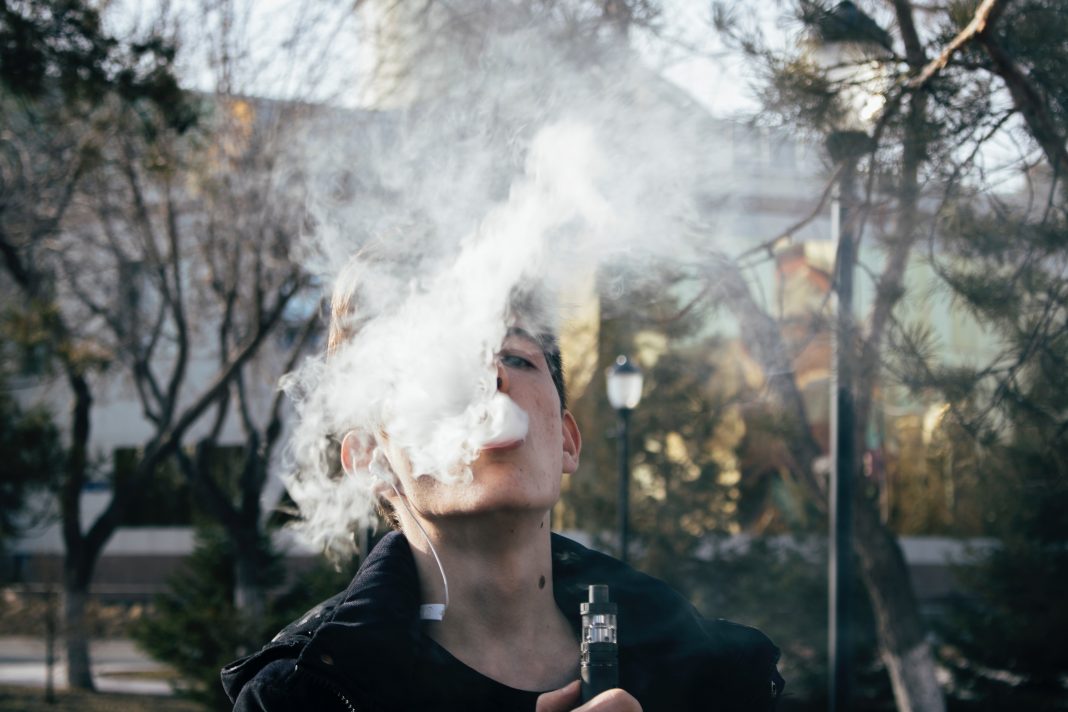 Canadian health groups strive to hold the government accountable for regulating an industry that has captivated youth to the detriment of their health and development.

What was intended as a “safer” alternative to smoking for adults who consume nicotine has become a rising fad by teens. Some say the climate created by the lack of regulation is creating a nicotine-dependent generation at risk of serious respiratory illness not the least of which is lung damage and disease.

The health crisis’ figures may seem alarming. One in four teens aged 12 to 17 has tried vaping, according to a recent Health Canada report, with a 74% rise for teens ages 16 to 19 in just one year.

The U.S. Centers for Disease Control and Prevention has scrambled to assess their lung damage outbreak which has reached a staggering count of 530 cases as of Sept. 19. People who vape are sometimes ending up hospitalized, with 50 per cent of them young people. By November 21 there had been 50 deaths. Canada also has multiple cases including one London Ont. teen who ended up on life-support after using vaping products earlier this year.

Vaping products refer to both the device (e-cigarette, vape pens/mods), usually pocket-sized and battery-operated/chargeable, and the substance (vape juice, e-liquid), which may contain nicotine, that it uses to heat and create an aerosol/emission for direct inhalation by mouth.

Youth, because they are still developing, are more vulnerable than adults to the damaging effects of using such products. Studies show that youth are more prone than adults in forming addictions, and likely endure uphill battles with them into their adulthood.

Increasingly disconcerting is that the products seem to target youth; vape juice comes in a range of ‘fun’ flavours and devices come in sleeker designs easily disguised from parents and teachers (e.g. they look like pens, markers and USB keys).

These products remain unregulated on the market in both Canada and the U.S., and youth access to them seems widespread. It is a common sight to see a group of teens vaping during their lunch break outside their high school in Toronto. Principals have been reporting spikes in teen vaping since 2018.

Vaping products are different from tobacco, alcohol and marijuana, and will need their own distinct regulation covering access, marketing, and drug classification.

The products are sold in common areas such as gas stations and convenience stores, and via e-commerce. There are instances of adults purchasing products and reselling them to underage people, and e-commerce does not always have mandatory age verification, either for purchasing online or receiving the delivery.

The Canadian Medical Association (CMA), one of the eight health groups pushing for government regulation, has had multiple consultations with Health Canada in the past year, at this time to no avail.

Even the Canadian Vaping Association (CVA), which represents many vaping products vendors across the nation, is concerned about teen vaping, and recommends that the government limit strengths/concentrations to 20 per cent (whereas 60 is currently allowed); refrain from advertising in common areas, limiting advertising to specialty shops; and mandating age-verification for e-commerce.

Though the government provides some regulation via the Tobacco and Vaping Products Act (2018) outlining penalties for selling products to underage persons, the products themselves remain unregulated.

Many say that Canada, as a leader among national health systems, should take a more active role in investigating and classifying vaping products.

While the public waits for regulation though, Health Canada offers this advice: parents should set an example for their children by remaining non-smokers, non-vapers, or by quitting (for free help visit gosmokefree.gc.ca/quit or call 1-866-366-3667), and urge parents to talk with their children about the effects of vaping. Health Canada even offers a tip sheet to help.