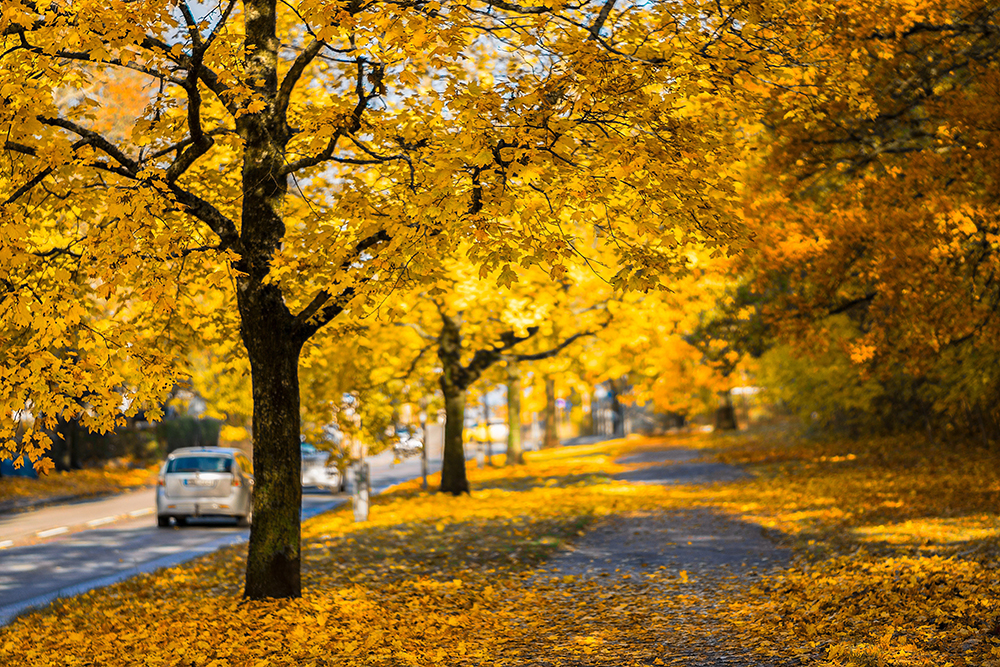 Canada 150 has been a great opportunity to explore the natural beauty of the country as well as the province. Whether or not you’re up to heading three hours north to the Bruce Peninsula, or are happy staying closer to home for a dose of adventure, Brampton has great trails for the whole family.

You can appease both the adventurer and the homebody. Here’s a handful of inner-city trails, as well as a few gems to hike throughout the GTA.

One of the granddaddy trails in Brampton, the Etobicoke Creek Trail is 14.5 kilometers of urban city paths. The trail allows for year-round cycling, jogging, and walking along the Etobicoke Creek. Fun fact: Etobicoke Creek would actually run right through the downtown core had it not been for a creek diversion project all the way back in 1952.

While taking in the last of summer and the beginning of a beautiful fall, you can trek the Etobicoke Creek Trail to hit up the Saturday morning Farmers’ Market in Rose Theatre Square, take in some of the region’s history at the Peel Heritage Centre, or just to take the scenic route downtown. Etobicoke Creek trail has so much going for it that you’ll want to keep this link handy.

The fact that the Ching Trail passes through eight parks is spectacular. Imagine dropping off the kids at soccer practice and having some “me time” on the trail. Sounds like heaven doesn’t it? All jokes aside, this trail passes through Chinguacousy Park which adds even more appeal because of the park’s mini golf, batting cages, petting zoo, skate park and tons of beautiful changing fall leaves. Chinguacousy Trail starts at Dixie-Sandalwood Park and stretches for nine kilometers to Victoria Park Arena, so there’s ample parking to start your trek anywhere along the trail.

As its former name implies, the Don Doan Trail makes its way to the ever-popular Professor’s Lake on North Park Drive. The recent warmer weather may allow a few opportunities to take a dip in the man-made lake; but, if that’s not an option, the 11-kilometer trail has enough to offer on its own.

As you meander closer to Professor’s Lake you’ll come to enjoy sandy beaches and the spectacle of paddle boarders and wind surfers. So pack a blanket, picnic basket and a book and let the kids run along to the park. There is something for everyone on this versatile trail.

The 18.6 km paved trail is a great connector for of many of the city’s facilities including the Brampton Soccer Centre, William Osler Medical Centre and Professor’s Lake Rec Centre. Its year-round path (with bathrooms!) is a great place to go for a morning jog, after-dinner walk, or for a weekend stroll. And since it’s paved, all the better for strollers, bikes, and roller blades.

If you really need to press pause on the hustle and bustle of the city, head to Hamilton. Affectionately known as “Steel Town” or “The Hammer”, it’s actually the waterfall capital of the world *cue the gasps*.

There are over 100 waterfalls and cascades and Webster Falls is one of most beautiful sites Hamilton has to offer. Just imagine the mist falling from the rocks of a 22-metre high curtain of water. Soothing right? You don’t even have to go there for the waterfalls. There’s a beautiful trail that connects to the Bruce Trail and you’re a stone’s throw away from other Bruce Trail points in the Hammer. But be wary: parking may be blocked off on weekends.

Like its website says, Kelso really does have something for everyone. Just head west on the 401 to Milton and you’ll find this pocket of trails that belong to the almighty Bruce Trail. But the cool part is that this area is an all-season escape. In summer and fall the trails are great for a jog, mountain biking (only for some trails), swimming, paddle boarding, a picnic or a simple walk. Once the weather gets cooler Kelso becomes one of the best places to catch the leaves changing colour on the Niagara Escarpment, thus, cameras are highly recommended.

It wouldn’t be surprising if you’ve seen the Bluffs blowing up your Instagram all summer. Bluffer’s Park and its sandy cliffs are an iconic Toronto landscape that’s been around for roughly 12,000 years! The Bluffs were formed by the Wisconsin Glacier all those millennia ago but it hasn’t stopped tourists and locals from claiming this place as their own. There are trails on top of the Bluffs for a bird’s eye view of Lake Ontario and a winding hike down to shore for a calming, even romantic, stroll to listen to the waves or admire the sailboats. And unlike most of the City of Toronto there is lots of parking available for the Bluffs!