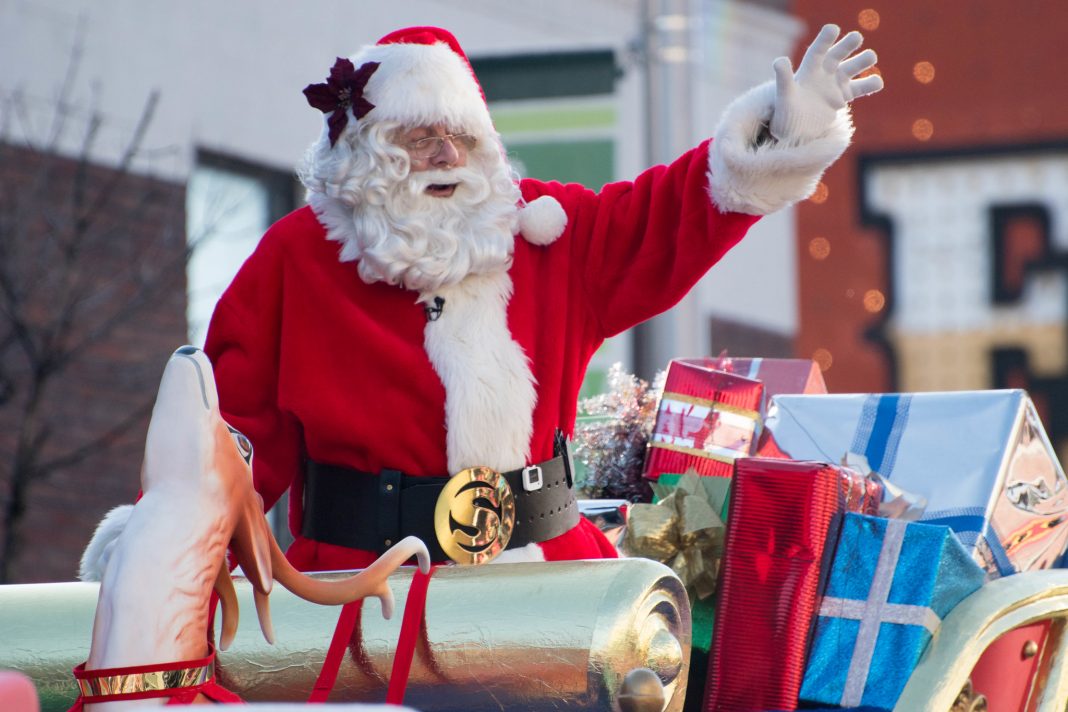 Ho! Ho! Ho! Jolly Saint Nicholas returns this year to spread Christmas cheer and joy to families in the Greater Toronto Area. Soon you can watch Santa parade through the streets, with his sleigh full of presents for little boys and little girls, as his magical reindeer prance through the rain and snow. All while you warm yourself up with some eggnog or hot chocolate and cookies and enjoy the spectacle.

We’ve put together a list so you can track jolly Saint Nick and his appearances in and around Brampton.

The City of Brampton hosts its annual parade which kicks off at 5:00 p.m.

There’s a ton of brilliantly lit floats, Santa Claus and his elves, choirs of cheerful carollers, school drum lines and marching bands, dance performances, appearances by Frosty the Snowman, the Polar Express and your favourite costumed characters. Line the streets of downtown for what is the largest night-time parade in Ontario.

At Gage Park, children can see Santa’s reindeer and come inside City Hall to e-mail their letter to Santa himself.

Mississauga’s Streetsville BIA hosts its annual parade, full of live entertainment and many festive floats. Santa makes his appearance in his sleigh pulled by his reindeer.

Toronto’s parade is the longest-running children’s parade in the world, broadcast live across North America and as far away as New Zealand, Norway and Ireland.

Come see Santa Claus and all his friends, as they parade through the streets of the big city.

Light up the Square Celebration, Mississauga

Enjoy live performances and an assortment of sweet and savoury treats. Santa Claus makes his appearance and you can take photos with him.

Canada’s Wonderland runs its Winter Festival for the second consecutive year, transforming its theme park into a winter wonderland.

Come see Santa sitting in front of a big Christmas tree, ready to give you your present in advance. Bake delicious cookies with Santa Claus, and hang out with Charlie Brown, Snoopy and the rest of the Peanuts Gang.

This spectacle inspired by the beauty of the Northern Lights (Aurora Borealis) returns for a second consecutive year. It features entertainment, amusement rides, an outdoor ice-park, and a variety of indulgent foods.

Santa brings the North Pole to Toronto. Meet Santa Claus, read stories with him, make some of your very own presents, just like the elves at his workshop.

This will be the ninth annual Christmas Market and Festival, and features festive family-friendly entertainment, foods and beverages including heated mulled wine.

Santa and his elves bring their workshop to Toronto. Go meet him and see how toys are made.