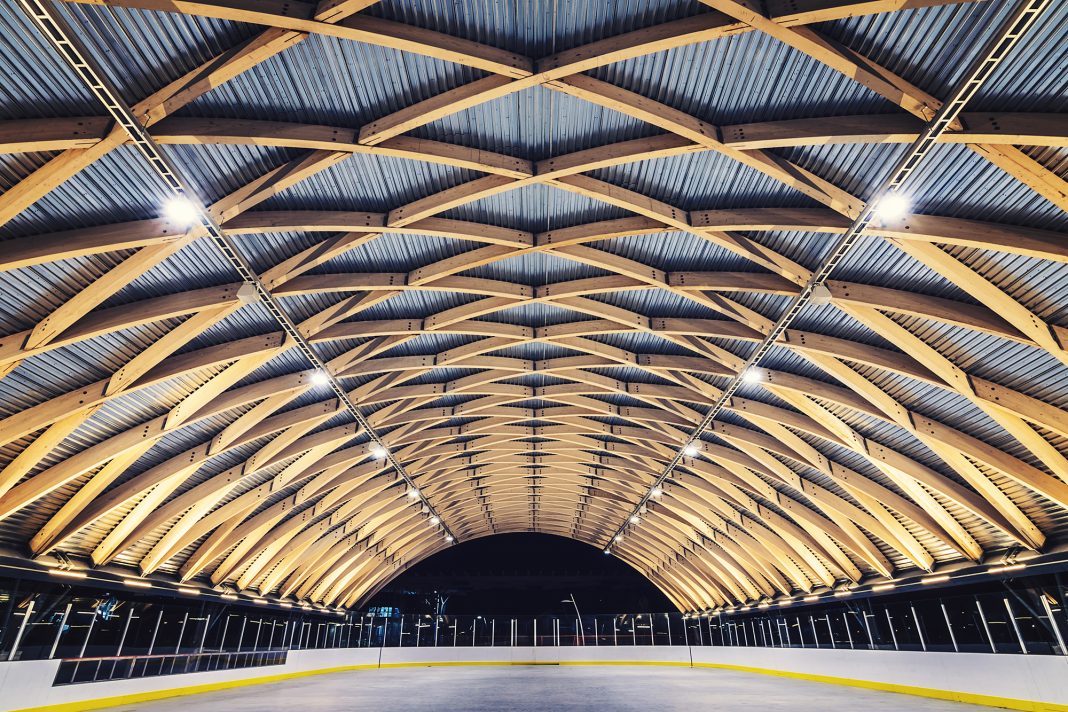 After a few years of delays, the highly anticipated covered outdoor ice rink at Gore Meadows Rec Centre has finally made its public debut.

The rink is the first of its kind in Brampton. It’s part of a second phase of construction at Gore Meadows which added 80,000 square feet to the existing facility. Phase two was completed in September and added a bunch of new amenities including an expanded fitness centre, new pool, and indoor track.

But the most exciting addition for a lot of people is the covered outdoor rink. The 8,600 sq. ft. rink with a funky dome is unique to the area. The project was originally supposed to open a couple of years ago, but because of its complexity and issues with the past contractor, there were delays.

Unlike Brampton’s other outdoor rinks, this one comes with a small cost of about $2 depending on age. There’s also the option to buy a group pass for four people for $8. If you’re a member at the recreation centre, skating at the rink is free.

The rink also has specific hours of operation: