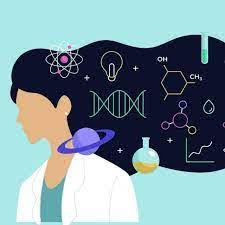 STEM (Science, Technology, Engineering and Math) occupations are expected to continue to grow in the coming decades and are some of the most popular career choices in the world. However, a gender gap in STEM keeps up across the globe.

Women have been extremely underrepresented in STEM fields ever since they came to our career lists in 2001 when scientific administrators in the U.S. The National Science Foundation (NSF) introduced it.

There is a wide gender gap in the STEM field, and women are not encouraged and supported as much as men when they show interest in STEM careers. There are many reasons why females are underrepresented in STEM fields. First, there are gender stereotypes: STEM fields are often viewed as masculine, and teachers and parents often underestimate girls’ math abilities starting as early as preschool.

There are also a lot fewer role models. Girls have fewer role models to inspire their interest in these fields, seeing minimal examples of female scientists and engineers in books and media. There are even fewer role models of Black women in math and science. Patti Derbyshire states:  “When girls see successful engineers, women in technology companies, they’re often positioned as the exception rather than the norm and that’s a disincentive, it’s harder to see yourself successful there while other women in those fields are being portrayed as special in some way.”

Finally, there’s a large confidence gap between boys and girls especially at younger ages, in elementary school or so. The myth of having a “math brain” is one of the more self-destructive ideas in the American school system.

“I really was interested in things girls typically weren’t, and I didn’t experience, probably by the time I was 12 or 13, messages that said ‘you don’t belong here’, ‘you’re not smart enough’, you don’t know what you’re doing. I felt very left out from the field I was interested in.” Professor of Marketing and Entrepreneurship comments.

GlobalNews studies show that many girls lose confidence in math by third grade.  Boys, on the other hand, are more likely to say they are strong in math by 2nd grade, before any performance differences are evident. Jessica G, grade 8 student from Brampton states:  “My whole life I’ve felt discouraged by teachers and peers making me feel bad about myself. Never forget your self worth, because the feelings you have about yourself are the only feelings that matter.”

This is an ongoing issue in society because males are more often seen in these careers rather than females, which creates stereotypes and expectations for them. Because fewer women study and work in STEM, these fields tend to perpetuate inflexible, exclusionary, male-dominated cultures that are not supportive of or attractive to women and minorities. Schools and families should be encouraging young girls to follow and do what they love regardless of any stereotypes that may come in their way.

If you or someone you know is interested in STEM activities/careers, check out the International Women in Engineering event, youth STEM camps in Brampton and Brampton Robotics ! 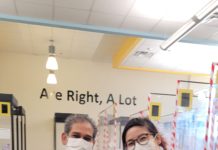 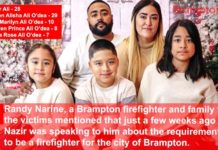 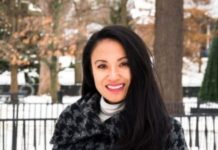 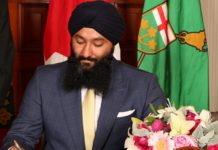