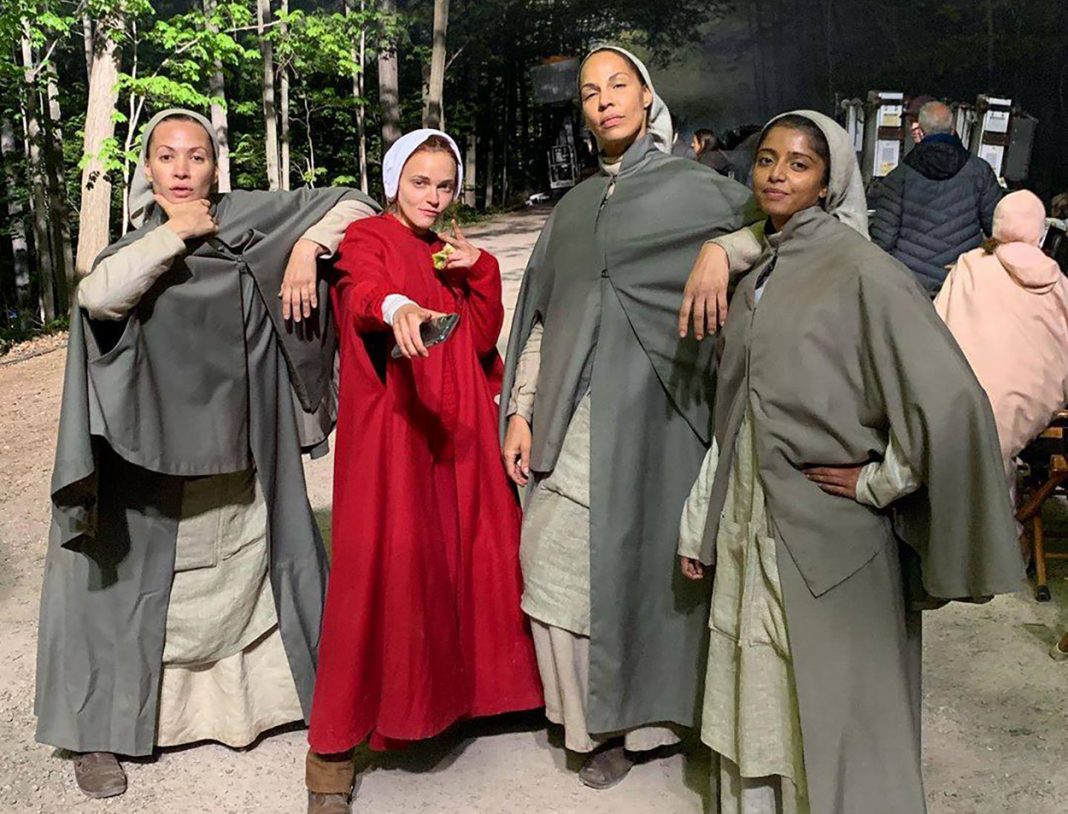 Praise be! If you happened to see a bunch of women sporting red and grey cloaks recently, your eyes weren’t playing tricks on you. The Handmaid’s Tale just filmed some scenes at Brampton’s Claireville Conservation Area.

The popular television show on Bravo/Crave network usually shoots in and around the Toronto area with downtown Toronto and Cambridge usually standing in as ‘Gilead’, but this was the first time for Brampton.

Ever since Toronto was dubbed ‘Hollywood North’, the GTA has been a hotspot filming location for film and television productions. Given its convenient proximity to the city and the airport, and its more appealing price point, Brampton too has been quite popular on the big and small screen productions as well.

Brampton has been a film-friendly city for years. It’s the ninth-largest city in and one of the fastest growing, and it offers a diversity of locations including historic and modern buildings, sporting venues, streetscapes, theatres and natural spaces. It’s also a cheaper alternative to Toronto.

The Claireville Conservation Area with its natural beauty is one of the most popular filming sites, but it isn’t the only one, the Peel Art Gallery Museum and Archives (PAMA), and Brampton City Hall are filming hotspots too.

Will we spot our wonderful city in the background of the season finale perhaps? You’ll have to tune in to find out.