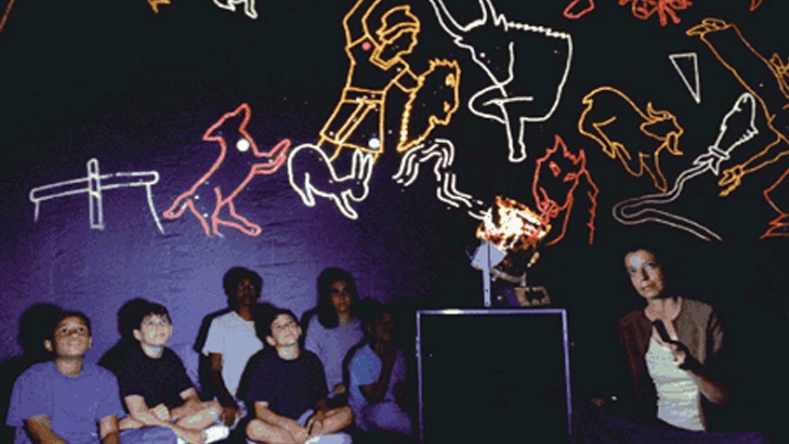 You can now star gaze without having to worry about cloud cover — and unseasonably cold temperatures for that matter — because the Royal Ontario Museum’s travelling planetarium is now in Brampton.

A couple of weeks ago Brampton Library announced the planetarium would be coming to a couple of library branches in the city over a two-week period.

Tha planetarium is a huge inflatable dome with a projected night sky inside. Viewers get to see not only the starscape as it is now, but also in various stages throughout the seasons of the year. It can also show constellations from Greek mythology.

Anyone can participate free. 30-minute exploration sessions are available on a first-come, first-served basis and entry is issued day-of at the front desk of the participating library branch.