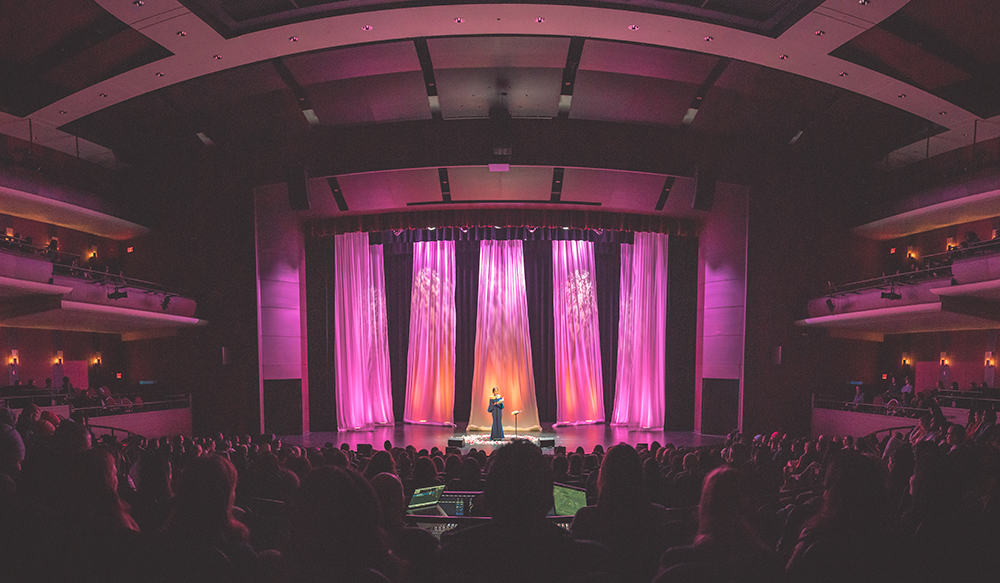 The Rose Theatre’s new artistic director, Brendan Healy, recently announced the schedule of performances for the upcoming season, which runs from July 2018 to April 2019.

Healy says, “I am very inspired by the vibrancy and energy of Brampton. It is a diverse, youthful and ambitious city, and we have sought to capture Brampton’s eclectic dynamism with this upcoming season.”

RELATED: Brampton’s Arts and Culture Scene Is Getting a Major Shakeup

New this season, The Rose has launched This Is Brampton, a raw and up-close series that provides an open platform for local talent, organizations, and initiatives as well as an opportunity for multi-disciplinary artistic development in Studio II.

“We are thrilled to offer Brampton’s young and upcoming talent a performance space to hone their skills and to provide audiences a place to discover the stars of tomorrow,” says Healy. Key curators of the series include Brampton’s Very Own, Brampton Says, SounDrive Records, MoMondays, B-Jazzed, Unpeeled and Broadening Horizons.

Here are ten shows and performances you should mark on your calendar for the upcoming season at The Rose.

Canadian jazz artist Michael Keashammer kicks off Brampton’s 2nd annual World of Jazz Festival, presented by B-Jazzed. Seven-time JUNO nominee and winner of the 2017 WCMA for Best Jazz Artist, Kaeshammer joins a diverse group of musicians at this year’s festival to explore how the word “jazz” is interpreted worldwide.

The Caribbean Music Entertainment Awards celebrates the best in Caribbean and Latin American entertainment worldwide. Now in its 6th year, the CME Awards has established itself as one of Brampton’s most exciting events.

Get up-close with Exco Levi as he drops his third studio album at The Rose. Born in Manchester and raised in Jamaica, Levi quickly took hold of the Canadian reggae scene after immigrating to Canada in 2005. His songs have helped forge an entirely new style of music and rhythm that is revolutionary, fiery, scathing, loving and stinging.

From his start in Toronto’s underground hip-hop scene in the 90s, Kardinal Offishall garnered success through his tongue-in-cheek lyrics, integration of patois and dancehall and spirited stage presence. Toronto artist Alx Valiz shares the stage.

It’s Halloween at the Rose! Enjoy a lively screening of cult classic The Rocky Horror Picture Show in Studio II, with special guests. Come in your favourite costume for a chance to win prizes.

Potted Potter takes on the ultimate challenge of condensing all seven Harry Potter books (and a real-life game of Quidditch) into seventy hilarious minutes! This fantastically funny show features all your favourite characters, a special appearance from a fire-breathing dragon, endless costumes, brilliant songs, ridiculous props, and a generous helping of Hogwarts magic!

From Brampton native Trey Anthony, author of the blockbuster hit ’da Kink in my hair, comes an emotional and raw look into family dynamics, trust, resolution and change. Performed for the first time in Brampton, How Black Mothers Say I Love You is Trey Anthony’s most thought-provoking play.

World-renowned master musician Amjad Ali Khan is credited with reinventing the technique of playing the sarod, a stringed instrument prominent in Hindustani music. Over the course of a distinguished career spanning more than six decades, Khan has garnered numerous accolades including a Grammy nomination.

The Rose has also launched a new membership program. Those who purchase tickets to multiple shows (3, 4, or 5+) will enjoy exclusive benefits in addition to a reduced ticket rate. More details about the program will be available in fall 2018.

For the full schedule and to learn more about The Rose’s 2018 – 2019 season, visit rosetheatre.ca.