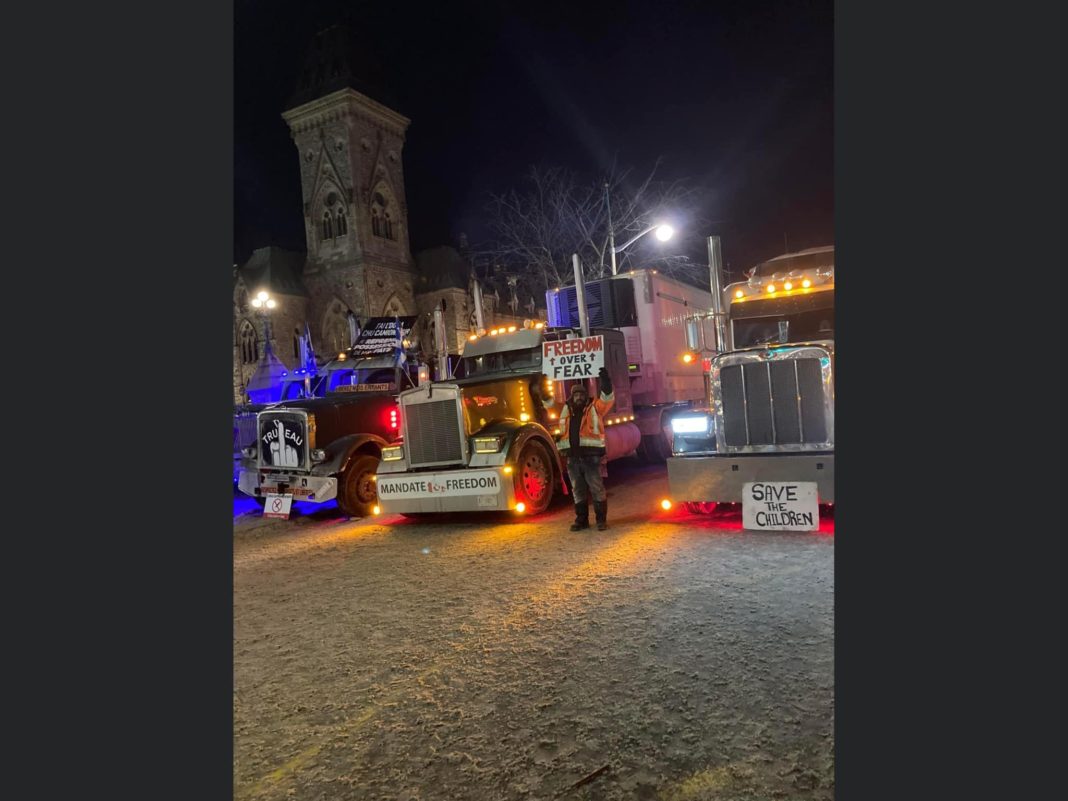 The past two weeks in Canada have been tumultuous. As the freedom-loving trucker convoy made its way across our country, finally arriving in Ottawa, many patriotic Canadians have braved the cold to show their support.

As the truckers passed through the GTA, what I saw with my own eyes was mothers, fathers, children of all races, religions, and backgrounds supporting a movement against government vaccine mandates, shutdowns, and restrictions that have been hitting people hard for almost two years.

Thousands of people showed up in Ottawa for the main event on Parliament hill. Standing in solidarity with the truckers, the majority of citizens rallied against these policies that many believe have further amplified the damage to small businesses, children’s education and development, and the mental health of so many – young people in particular.

The protest was largely peaceful and free of any violence. Footage online has circulated of members of the Freedom Convoy cleaning up garbage and mess the following day. Even one protester walking alongside police chatting about how it has been a weekend of non-violent civic engagement.

What was hard to watch was how the narrative and discourse devolved dishonestly, primarily online. For example, although many of the protesters were women and people of colour, representing many different walks of life, they were collectively assailed as extremists by many mainstream voices because of some of the fringe elements that were also present. Unfortunately, a handful of extremists that occupied the protest’s outer rim have been allowed to hijack the message of unity that was on display by thousands of people.

As Pierre Poilievre, MP from Carleton has repeatedly said, extremists and people that hold evil signs should be held “individually responsible” for their words and actions. But, instead, many have tried to shift the narrative away from an honest debate over the merits of the policies being questioned and into a highly-charged battle of ‘guilt by association’ with an aggressive smear campaign to boot.

Many Conservative leaders and outspoken influencers on social media have asked the Prime Minister and the Government to apologize for their lack of nuance and vilification of the thousands of Canadians standing out in the cold holding signs that say ‘No Mandates’ and “End the Shutdowns.’

In the final analysis of the past few days, the one common element that seems to have held this passionate cohort together has been their robust and healthy skepticism of government control and their unwavering belief in individual freedom.

As the provinces begin to rethink their Covid strategies as we head to the end of our Omicron wave, there’s little doubt that these protesting voices will stay silent throughout this period of impending change.